So I started a new job way cool. I ran into a guy who started talking bikes. Old MTB but yet likes to ride. I can respect that. We had a good chat.

Turns out I'm a little more involved than he is. But he brings up a friend in another department who talks bikes really often.

So he introduces us. Right away the guy asked how fast I ride. Well, solo hundred miles at 17.5 average speed was my norm when I was riding 100 mile rides, centuries. I did 23 in one year.

Then he pulls out a pic on his cell. He shows me a pic of his group and bam, there is a pic of a guy I know really well. So I mention that I know Jose.

Then I ask the guy if he thinks Jose is a good rider. He says yes, he's very strong. I ask if he takes the front pulling Jose on their 25 mph rides. He says no because Jose is too strong.

So I mentioned that I did this ride with Jose and beat him on this timed event.

UH OH!!!! His story changed big time. He says he can't climb he struggles to keep up with Jose, and that he only does 25 on a short section, oh and that 20 mph average speed is now down to 18.

I guess he changed his big fish story to reality when he realized that there might be a chance I ask Jose about him, ha ha ha!

Big turn of facts there and realizing I could be stronger than his friend, he was humbled really quick.

So we went our own ways at work but the guy who introduced us, walked away with me.

As soon as the guy was out of sight, he started laughing saying that the guy really inflated his stats when he met me but couldn't help laugh inside as he was humbled.

The big fish guy mentioned his Colnago and his Pinarello. I told him I did these big rides on a $1,000 bike.

It's not the bike!

This was the ride I did. Another similar profile that I did 4 times over the years.

This one is Breathless Agony. Not many riders around here would attempt it. Not even with their $10,000 bikes ha ha ha.

It was just too funny watching superman shrink down to size that day he realized I wasn't falling for his big fish story.

I have done rides like this. Heck, my starting training rides are about 2 000 ft easy break in rides.

He won't even attempt those ha ha ha. Nice bikes though he he he!

I will say I'm always up to hearing a big fish story if it's true. 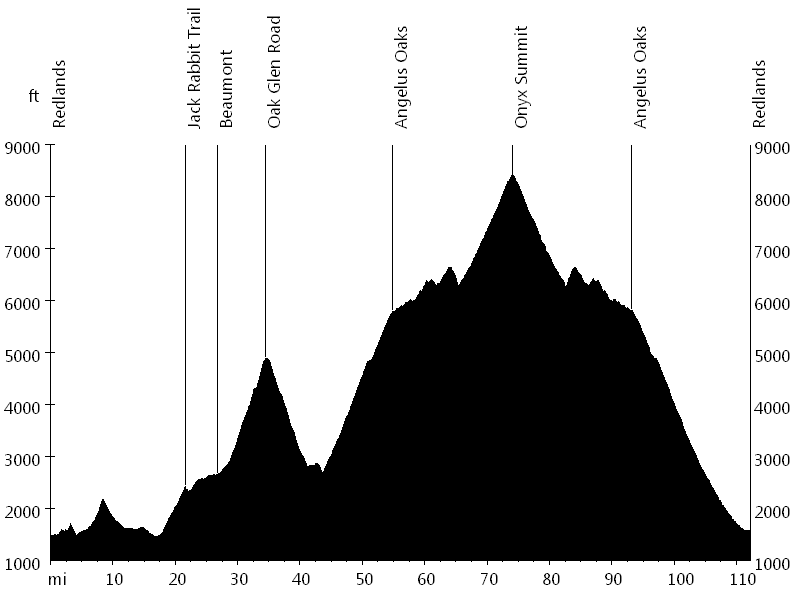 UK and Europe May 7, 2008
GeneralissimoApeshit
G

Why big city liberals need trump's wall, whether they know it or not.

D
Is this bike too big for me?

No matter how big or small, always good to get bike stuff!