You are using an out of date browser. It may not display this or other websites correctly.
You should upgrade or use an alternative browser.
P

Hello everyone.
I'm getting more and more into cycling, but my knowledge is fairly limited, so I really get overwhelmed whenever I want to start gearing myself up for this.
Here is the situation, I want a new bike, but I don't know which one :
1 - I use my bike everyday for my commute rainy or sunny days. This kind of equals to 60-90 mins everyday. Only on paved streets, but I still have quite an insane bridge to climb up, so I do want my modifying speeds.
2 - I loveeeee biking. So I do decide to go out at nights or during the weekend for long 2-3-4 hours rides. Once again, mainly staying on the streets/cycling roads, but it does happen that the path becomes rocky or muddy. Hence, I'd prefer to stay away from a racing/pure road bike.
3 - As much as I can, I do most of my shopping (groceries and general small buying needs) with my bike. Furthermore, I do plan on starting to go camping with it as well. Therefore, I do need something that can hold on quite a bit of cargo. I'd say around 10-20 pounds minimum, with space to put a panier or bike bags on the back and maybe in the front as well.

After all that, I'm wondering if you guys had any suggestions on what to buy or look for?
I'm still new, so I don't want a pro bike, but I'd prefer to stay away from anything cheap considering how much I will use it. I'd figure that between 1000$-2000$ would be a nice budget?


Thank you all in advance

If you don't want a road bike, then why not a gravel bike? or a cyclocross bike? Actually the reality is the two actually intertwine.

Really nice cyclocross bikes, and pretty easy to find in most cities are the Cannondale CAADX, and the Topstone both with 105 components, they're on the higher side of price spectrum but worth checking out.

I don't have time to scour the internet so maybe someone else can come up with a better bike, but those two that I did mention are the only ones I could find that came with 105 components which are extremely good components and will last a very long time.
Reactions: Prokhyus
P

I'm not necessarily closed to road bikes! (I'm still new to the terminology)
But I figure if I go for this type, a Touring Road bike would fit me better? While it can go off road a bit (not for miles, but still)

I didn't even know about cyclocross and gravel bikes. They're worth a look.
Thanks a lot

YES! A touring bike is a superbe option if you want to tour on a bike.

You need to research the best touring bikes to see which bike will fit your needs the best. I have done this research myself, and after quite a bit of research I settled on the Masi Giramondo 700c, why? because it was the best deal for under $1,500! It comes tubeless ready rims which I don't want to deal with on a tour but that's another story for another time. The tire size that comes with the bike is 45c and that can go down to 38 or up to a 60! which for touring is much too wide in my opinion, in fact I will probably run on 38's since my old touring bike was 32 and never had any issues loaded even on gravel, so 38 will be more than fine for me. The bike also comes with the best gear range for climbing mountain roads while loaded. Also they provide the best touring racks made, steel Tubus racks front and rear, these racks are rated for 80 pounds of weight...not that I will come anywhere near that but I know they won't break like I seen aluminum racks break. It also has dual piston mechanical disk brakes which are easier to maintain on the road than hydraulic, and the dual piston works better than single piston, and they put on a slightly larger front rotor then other companies do. Also this bike wasn't as heavy as most, if not all the others in that price range of under $2,000; and some don't come with bottle cage bosses on the fork.

Instead of me typing away like an insane ape, just read this: https://masibikes.com/products/giramondo-700c-2020

Also read this, now this site talks about the Masi Giramondo 27.5, this bike is the same bike except made for off road touring, but it doesn't come with the racks; see: https://www.theadventurejunkies.com/best-touring-bikes/
Of course that's just one site of many and each have their different opinions, and I looked at ALL of those sites and eliminated those that didn't fit the bill, the only other bike I was considering after eliminations was the Kona Sutra, which was rated very high as well.

Anyway just research them all then by process of elimination you'll find your idea bike.
P

You are amazing ! Thank you a thousand times for this information and I will look/read the sites you offered.
Your guidance is greatly appreciated.

Glad I could help you, just let me know on this thread which bike you decide on and why, I would be interested in knowing. Thanks.

If I were you, I'd get a bike for touring, camping, cycling etc but I would keep my old bike.

I don't think I'd want to leave a $2,000 bike outside of a grocery store. Seems like every lock has it's deficiency stopping thieves.

Just my opinion living in California. If you live in Mayberry it may be very different for you. 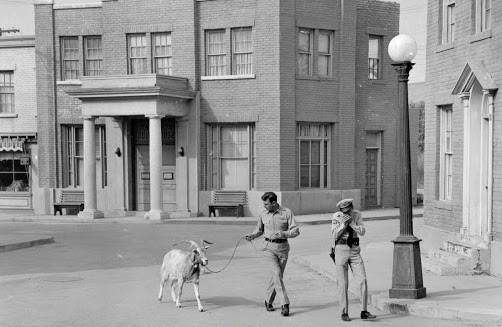 When I go bike camping I take a simple, lightweight, small space, security cable (I think it's 12mm thick, these are cheap about $12), I then have a medium duty combination padlock from Master lock, that cost me about $18. I then lock the bike up to the park bench where I camp. Of course a cable lock isn't design to withhold much of an attack but I'm sleeping right next to the bike, someone messing with it I'm going to hear them. If I go to a store to get something I lock the bike up with the same lock, but I still keep my eye on it as much as possible. Most camping places are safe, but that doesn't mean you can be reckless, and most people won't bother a bike with touring equipment on it, that's like stealing your camper, they know you need that stuff and will leave it alone, but again it's not a guarantee they'll leave it alone.

I never buy a horribly expensive bike anyways, the most expensive one I got was Lynskey but it was the lowest costing one they had and it was a closeout model sale, but that one I never take anywhere that I need to lock it up. But the Masi touring bike is about 1/2 the cost of the Lynskey, so a simple lock like what I use works fine, that cable locking method I've been doing for over 40 years with the same cable, I did change the lock to a combo one because I didn't want to be worried about losing the key.

Also don't buy those cable locks that come with a combo cable and built in tube shaped roller wheels combo lock, I was able to open one of those in less than a minute without breaking the lock, so stay far away from those.
You must log in or register to reply here.

Suggestions for a road bike for commute

J
Newbie asks model recommendation - and hybrid vs. road for commute and rec.

Road Cycling Aug 7, 2003
David Kerber
D
Z
How many people here use a mountain bike for their commute?