Corrosion on chain and gears no matter how much I wash/wipe it down?

Campagnolo grinds their own races (loose cups and cones) . They purchase bearing balls in various grades.........
Click to expand...

They mill them on a CNC machine... ... Just like everyone else Then again, there's a possible 2 watt saving between a good hub and one running full ceramic with no seals - or you could wear a better helmet and save 15 to 20 watts... ... Have fun with those hubs

These are good substitutes for Campagnolo hubs.

Small rocks in a tin can are good substitutes for shitmaNO hubs.

Precision ground, fine grain, flawlessly hardened steel and aluminum made with care by skilled artisans long before the advent of computer numerical controls and light years before shitmaNO knew what a derailleur or precision hub was.

Ti axles and nuts and the finest track bearings ever fielded. Ask Eddy about them.

A full 40 years before it became 'fashionable', Campagnolo had already been there. With the finest bearings shipped in quantity produced hubs.

First with 11-speed and the finest quality materials and workmanship on the planet.

Campagnolo...when you want the very best.

Bob , you are starting to sound like a spammer for Campy products, besides it's all about the motor not the color of the bike or the manufacturer.

...and for Pelissier, as well!

Even if they are photographed against a background of Campy's finest!

Now, go apologize to your dog for shitmaNO ruining his life.

[end of thread]So even after posting page after page of snapped record stuff, especially the older junk, they're still Campags "finest?" That says it all really. [/end of thread] If I didn't use a PowerTap Bob, I probably would run Shimano hubs. Loved the Dura Ace 7400 freehub when I got my first set of racing wheels in the mid 80s. Finally someone put the rear wheel bearings where they needed to be - at the end of the axles! No Craplag-no-go when the rear axle gave in under the freewheel... The Shamals I got later on where nice but the hubs were unremarkable.

Quote by Swami:
"Loved the Dura Ace 7400 freehub when I got my first set of racing wheels in the mid 80s."

Meh. The Pious of hubs.

Here's a video of Swami ranting about shitmaNO playing catch-up with the technology they copied directly from Campagnolo. Again. 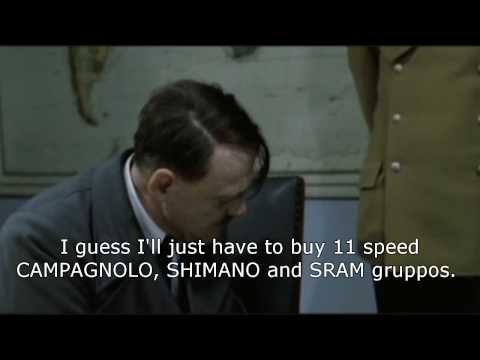 If it wasn't for Campag copying the Shimano freehub and STI concept and stealing SunTours rear mech design, there'd be no Campag 9 speed, let alone 11. They'd still be trying to get a 9 speed Syncro system to work on a freewheel, on an even weaker hub using a 1950s design of rear mech (just like the C-record essentially was) and you might have two gears that'd work using Syncro, a few that'd kinda work but rattle and some that were just unusable... Yeah, so you were saying about Campag innovation in our lifetime? Delta brakes, Syncro, SGR pedals... ****, **** and ****. Just wait till Shimano does something weird and wacky with its internally geared hubs and runs them in conjunction with Di2 - single chainring and about 90 gears... What now bitches?

Originally Posted by jhuskey
Bob , you are starting to sound like a spammer for Campy products, besides it's all about the motor not the color of the bike or the manufacturer.
Click to expand...


"They dont know about the CNC machining"... 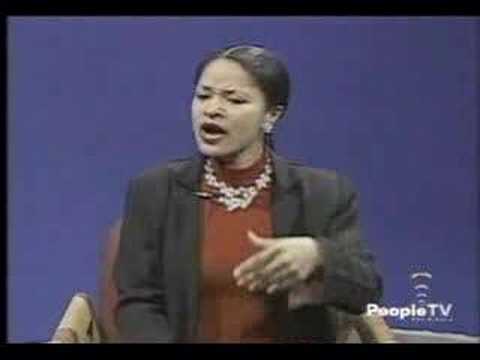 Vagina power - is that where Campag make those CU*T bearings?

Quote by Swami:
"Vagina power - is that where Campag make those CU*T bearings?"


"Just wait till Shimano does something weird and wacky with its internally geared hubs and runs them in conjunction with Di2 - single chainring and about 90 gears... What now bitches? "

A metric **** ton of busted, broken and cracked pieces parts. Same as now.

Them dumb "bitches" can't even get 8 gears to hold together for 300 miles. The dumb ****ers can't even get them to last through one of your randyknees.

Own the best. Own Campagnolo.

Or let shitmaNO own you. Keep drinking that Koolaid. It worked for Jimmy Jones and it's working for shitmaNO.

I've owned ****-pag back when it was still the most commonly used groupset in the Pro peloton and it'll be the last time I'll buy the stuff. Need me to post another few dozen pics of broken Record/Super Record stuff? When the "lore" wears off, roadies will completely go the way the MTB guys did and Crappagnogo will fold...

The world always need more examples of FAIL. At least you serve to provide an example of what not to do.

The FAIL Boat has set sail and shitmaNO is at the helm...what could possibly go wrong?!

Hey, maybe the Jap Scrap **** engineers can integrate the camera design they just copied into the hub so it can record it's own exploding, flaming death in 1080p HD! Awesome!

Craptastic **** from the country that provides 87% of the world's Weirdness!

There is only ONE reason this pile of shitmaNO **** is sprawled all over the place in pieces of broken trash aroominumb and broken steel that was improperly specified and poorly heat treated...

Pro's riding shitmaNO? Oh, hellz noe! The dumb **** can't even keep a hub in one oiece under the awesome power of bicycle path commuters! LMFAO!

Well, Burt...it's all about the FAIL!

This Hollow-**** prototype was an early example of shitmaNO trying to get the cranks to FAIL so that the Dura and the Ace were intact on the separate pieces.

They FAILED at that task, also.

I got it! Let's make sports cameras by copying the designs of everyone else and paying someone else to manufacture them for us since our bike parts are so damned shitty!

You whine about the Delta brake after shitmaNO released this polished turd???!!!

Yeah, a brake that worked poorly enough to...cause one to slam one's face into a house!!! And even after they copied Campy's Cobalto right down to the shitmaNO piece of **** plastic 'jewel'...they still came up with an 'aerodynamic' brake that lacked...aerodynamics!!!

Let's recap:
1. No stopping power.
2. No aerodynamic properties.
3. Fugly as Swami's face after kissing a house.
4. Ripoff of a Campy design.

Conclusions:
Total FAIL.
Jap. ****. Scrap.
Junk.
Abandoned dead-end design.
About as collectible as every other shitmaNO piece of FAIL...zero value except for something to laugh at.

You're riding a streetcar named FAIL.

It could be an old Rotus. Arni Nashbar sold a bunch of those oval-tubes wonders. The Rose paint job w/yellow decals was particularly attractive.

We raughed and raughed at Rotus and shitmaNO AX. The frames were well made, but flexible.

Note the ...er...'elegant' cable adjustment screw. So much artwork...so rittle aero. I guess this passes for competition for Campy among the shitmaNO fanboiz.

AX got the AXE.

shitmaNO dura-ASS calipers with CAMPAGNOLO pads at the Giro! I guess he doesn't want to kiss a house!

Folks, you can't make this shitmaNO up!

Yeah...you can pay me to ride your craptastic **** brakes, but screw you...I'm going to at least have a shot at getting slowed down.
You must log in or register to reply here.

A
Bottom bracket corrosion: can this bike be saved?