Well, figured I'd start a new thread since the other dates back to 2015 and none of those posters are posting any longer.

So this is the newer latest updated version.

Yes I rode today which was late last night. A short 10 mile ride testing an old mount I bought about 10 years ago. Cheap Chinese product on ebay. It has fold out legs rubber coated that lock into place. Pretty cool little mount actually but haven't used it much having K Edge mounts for my Go Pro recorders.

Well I bought a Go Pro handlebar/seatpost/pole mount that really sucks. Waste of $30 as it vibrates so much mounted on the bike. I guess it would work if I wanted to mount it on a pole and record growing grass. Cheap overpriced Go Pro mounts are pretty terrible eventhough they claim to have upgraded to a tougher plastic material. Still sucks, I'm done with them!

I ordered some inexpensive mounts on ebay that are similar in concept to the Go Pro but much smaller and being aluminum, I am positive much better with far less vibration such as my K Edge mounts. I even ordered alum links and replaced most of my Go Pro stuff other than the buckles that must remain plastic needing the flext to snap into place.

But even this old cheap mount with velcro strips to hold in place was far better than the mount I just bought and wasted my money. So I am really looking forward to the alum product which has been shipped and should be received within a day or two!

So anyway, 10 easy miles last night fiddling with the mount. I got about 10 clips on crappy bumpy roads traveled by many semis and it is pretty smooth. Versus the expensive Go Pro that I used over the weekend on a smooth trail resulting in 10 video clips and only one, maybe a second being good enough to use in a video.

The cheap mount that is better than Go Pro 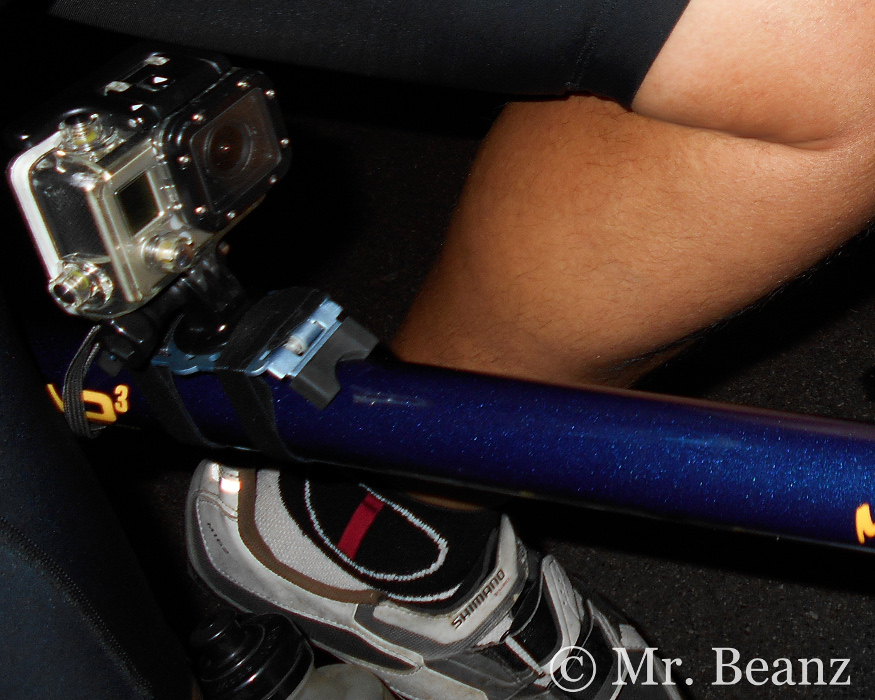 I feel so much skinnier in my skeletal bones jersey ha ha! Just got it in the mail, $28 online, Primal brand. 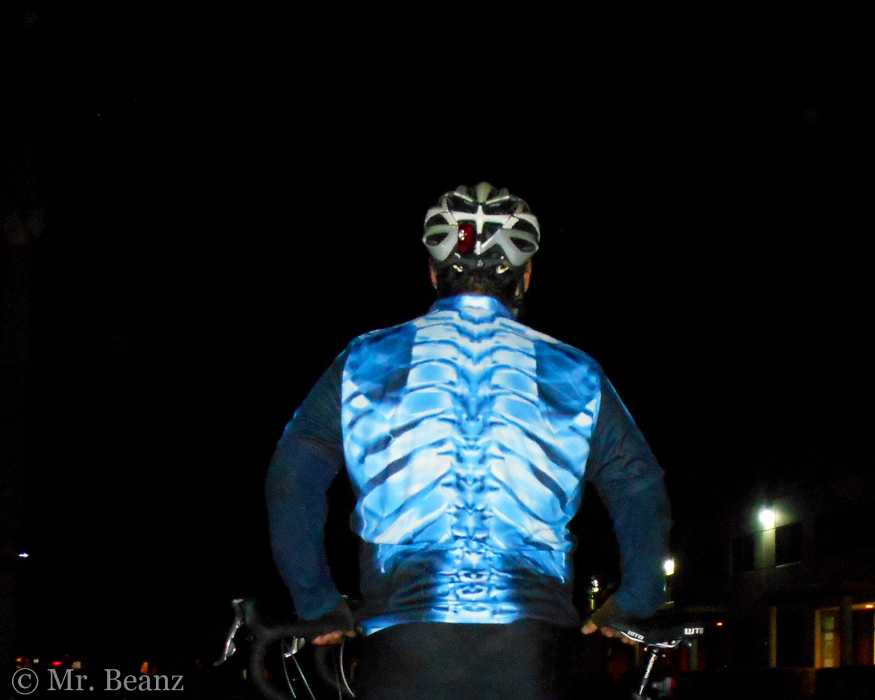 Though I'm alone, still take my mask cause you never know. 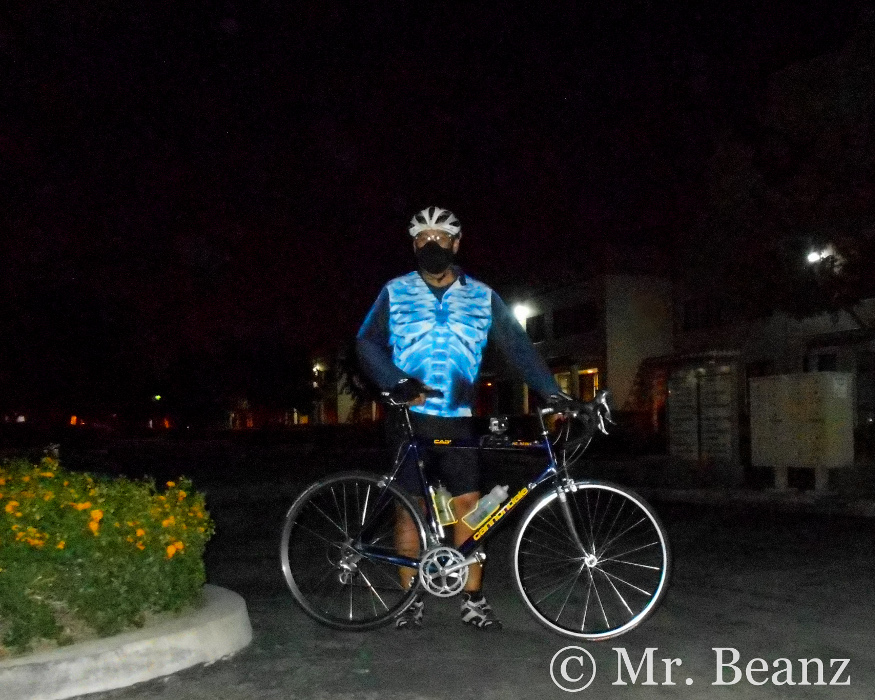 Tried medical masks, home made handkerchief masks, then this little thing I got from a dude standing on the corner selling home made masks for $5. Pretty well made and fits much better. Secure but yet not too tight and a seam in the center to bring it out away from the nose and mouth allowing better breathing. 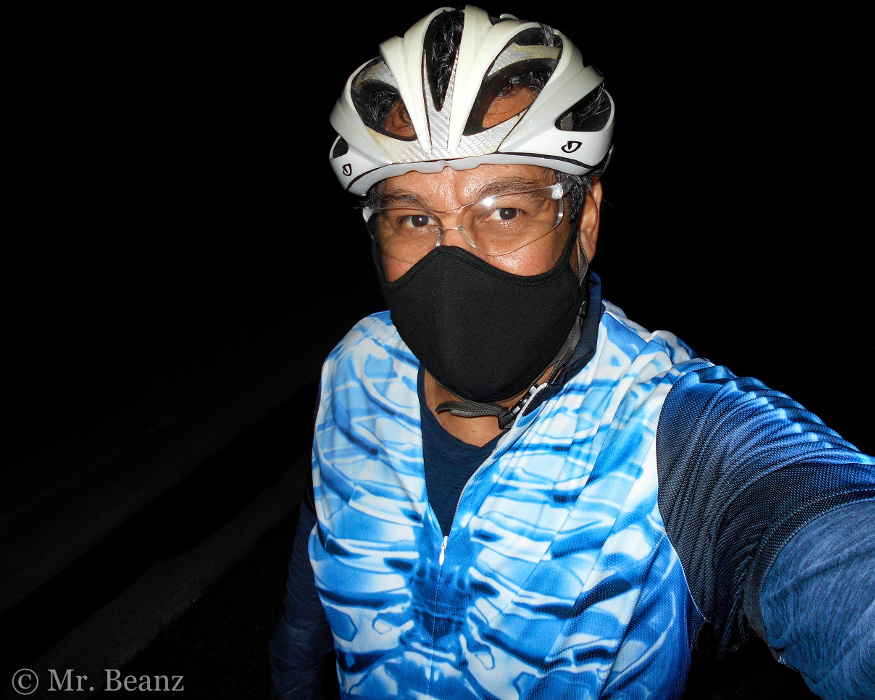 Yes, 24 miles with a few buds on the Friday Night Ice Cream Ride. 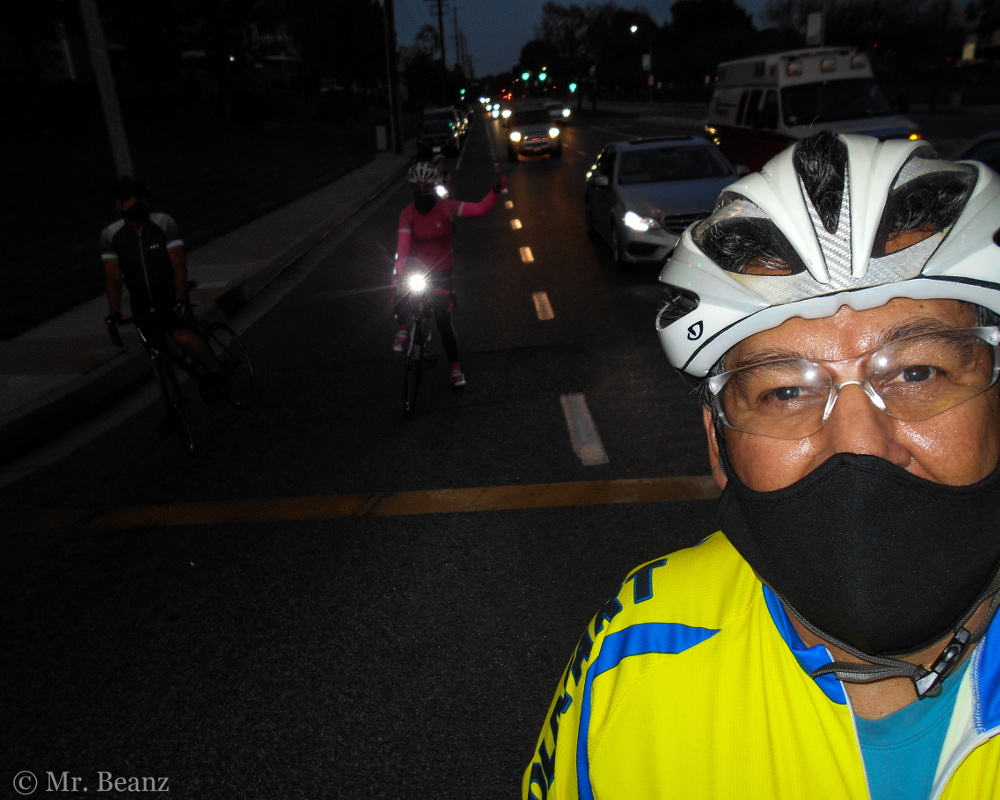 Yes, that is 6 feet but awful hard eating ice cream with a mask on! 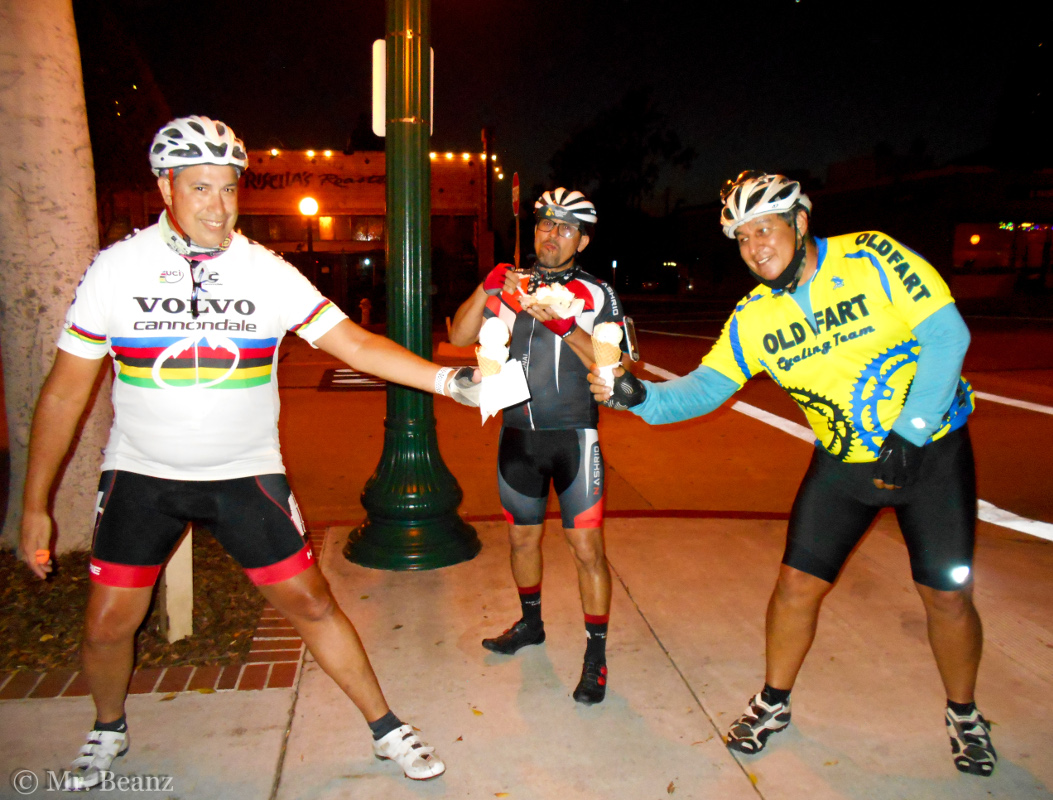 The Pinky Tuscadero of cycling 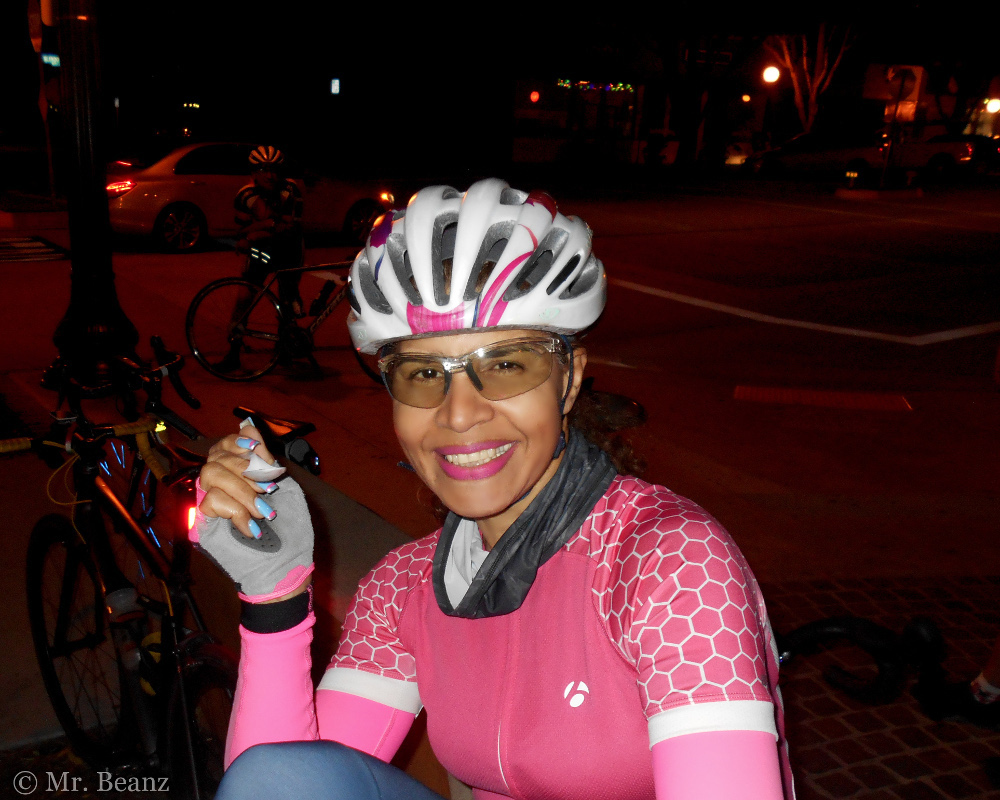 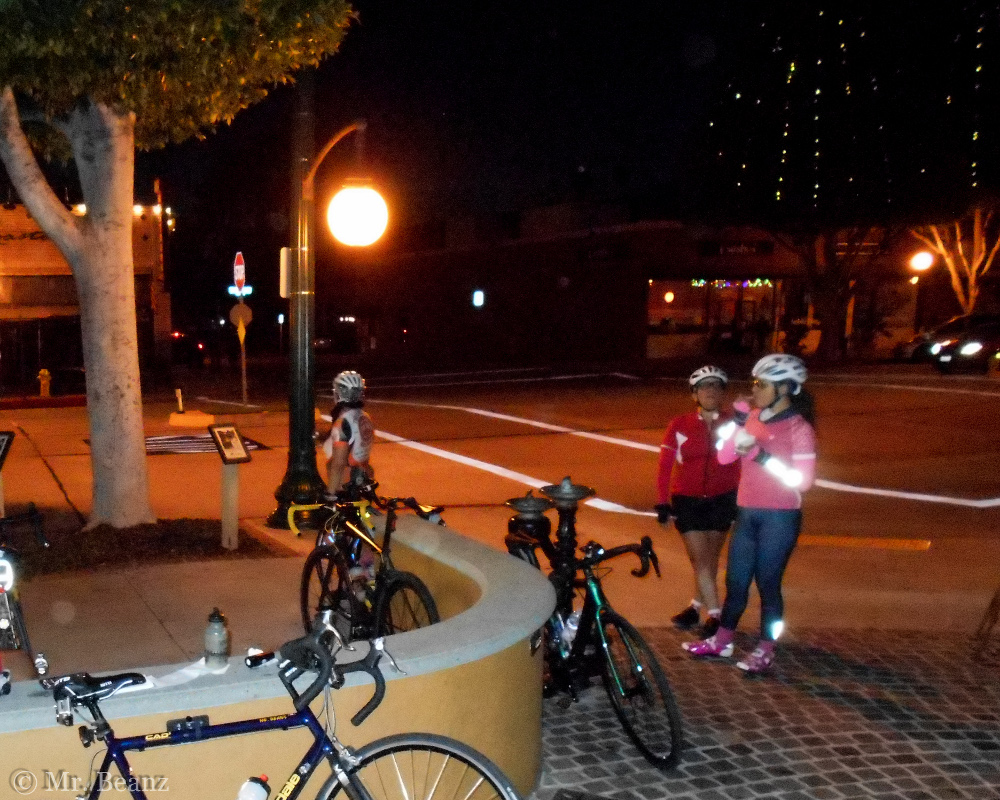 Rode last night, got home late, at dinner at midnight, slept woke up, hopped back on the bike. I don't remember much in between ha ha

Another 43 miles today solo at 16.1 average. And they really did close the beach this time! Bash-turds! 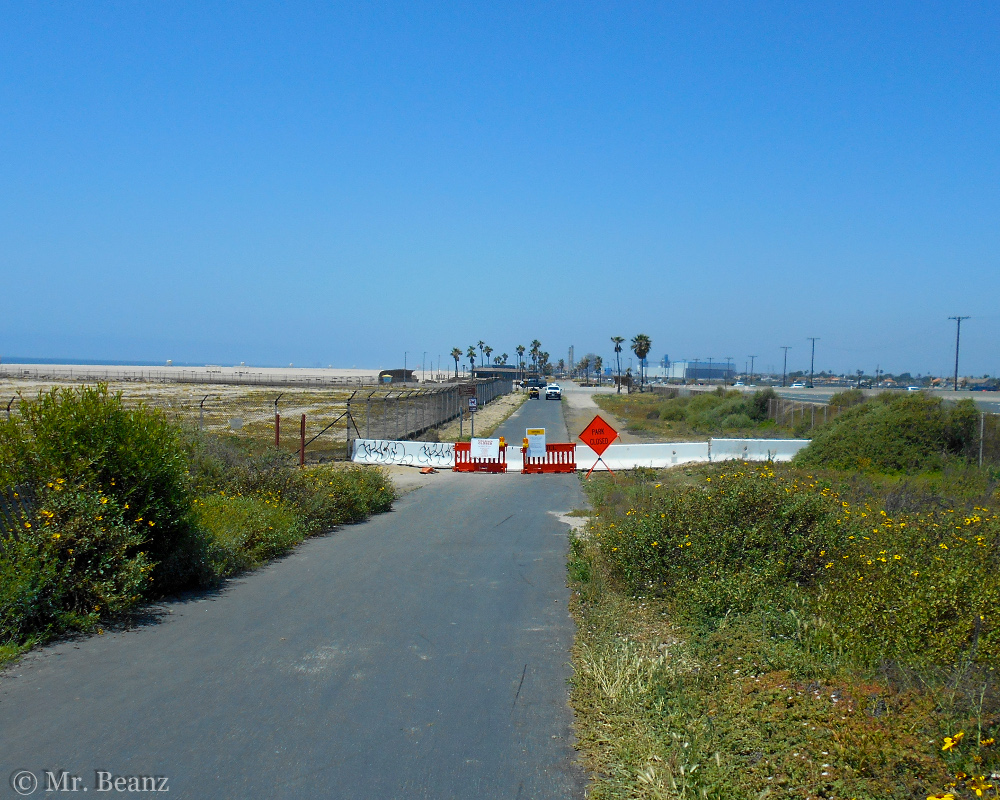 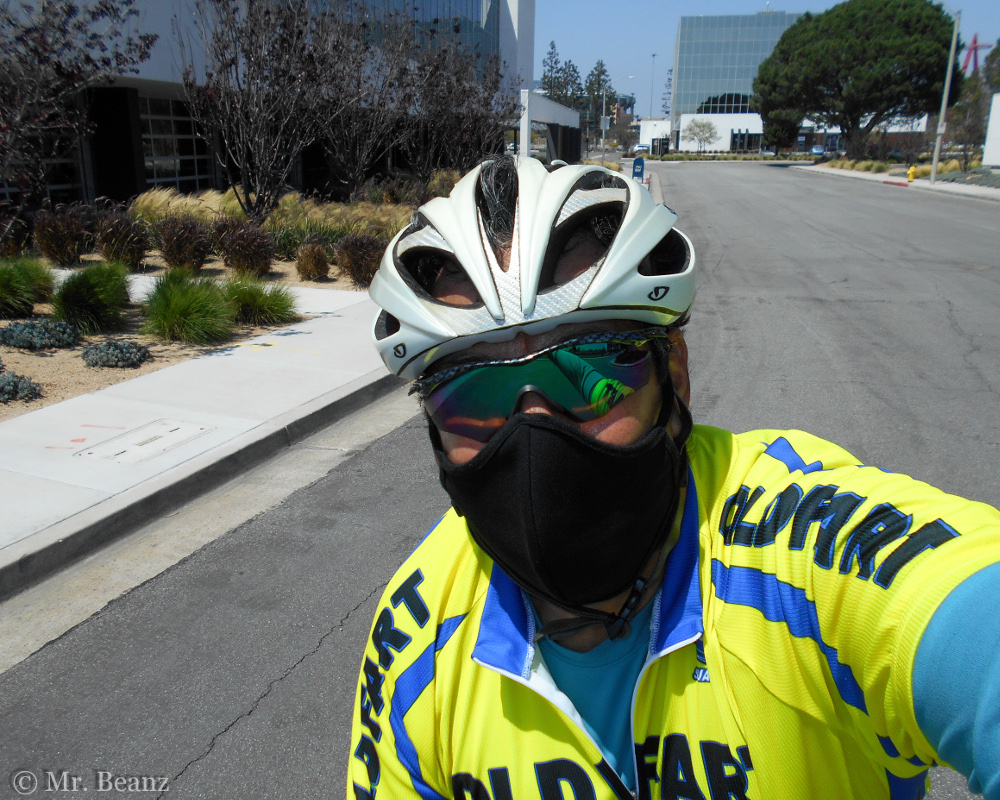 The video from last night!

I was video bribed with ice cream!

The dude Erik said he would buy the ice cream if I came along. I asked why, he said he is just a nice guy. But I honestly think I was video bribed! 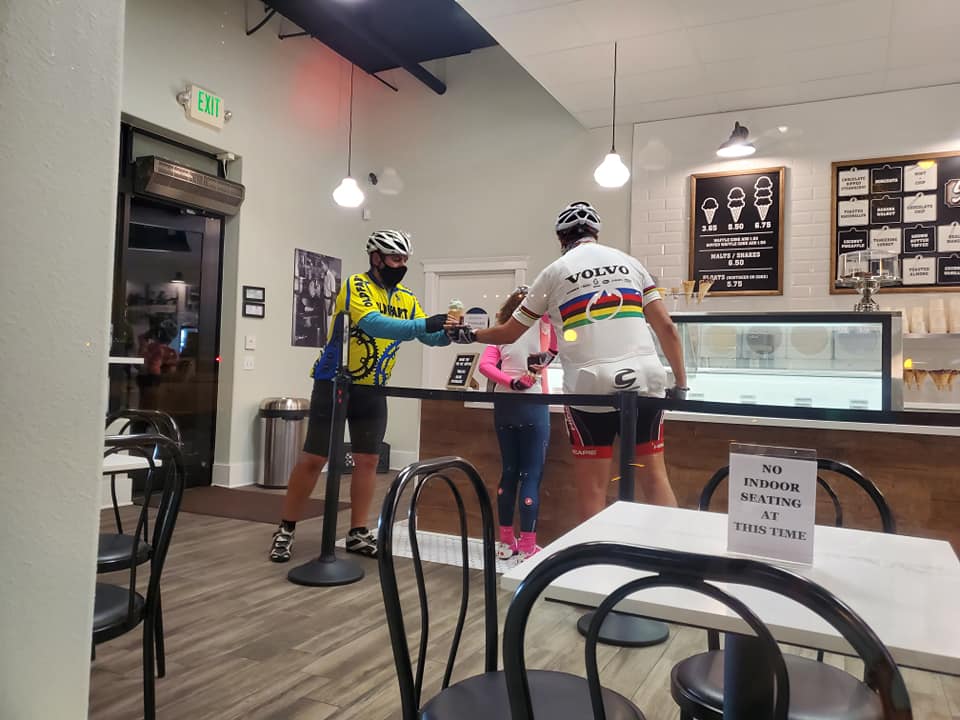 Short ride, sunny,warm and windy as hell but I will take the dry weather any way I can get it.
Reactions: Mr. Beanz

People protesting at the beach after the man closed it! 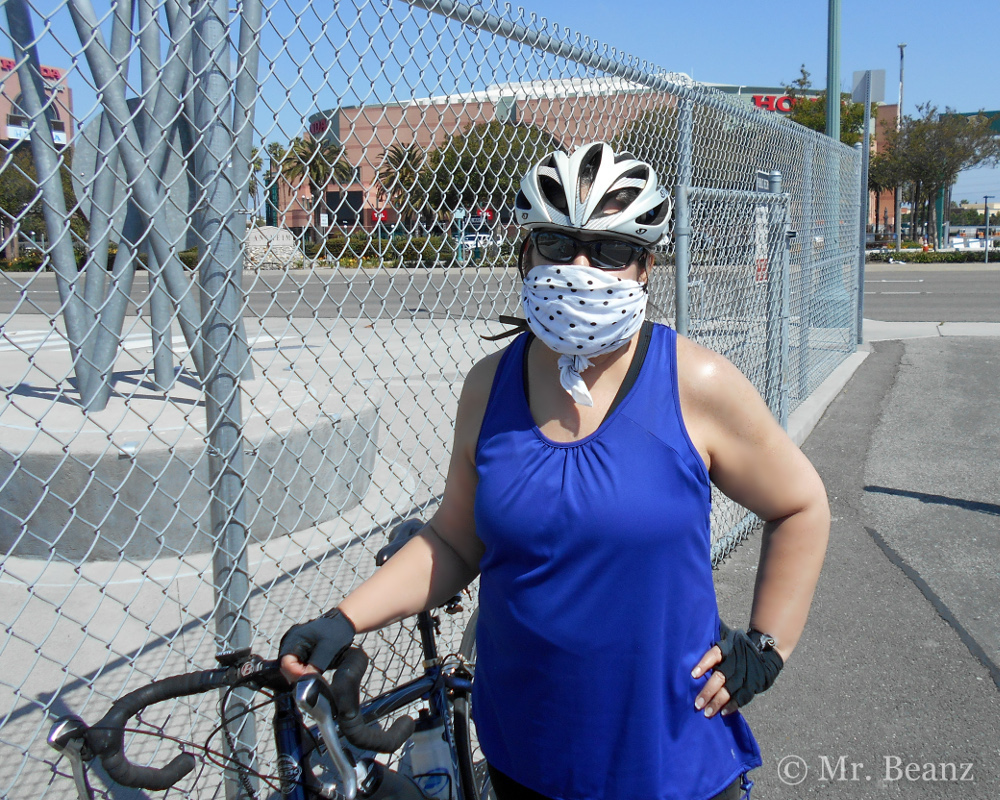 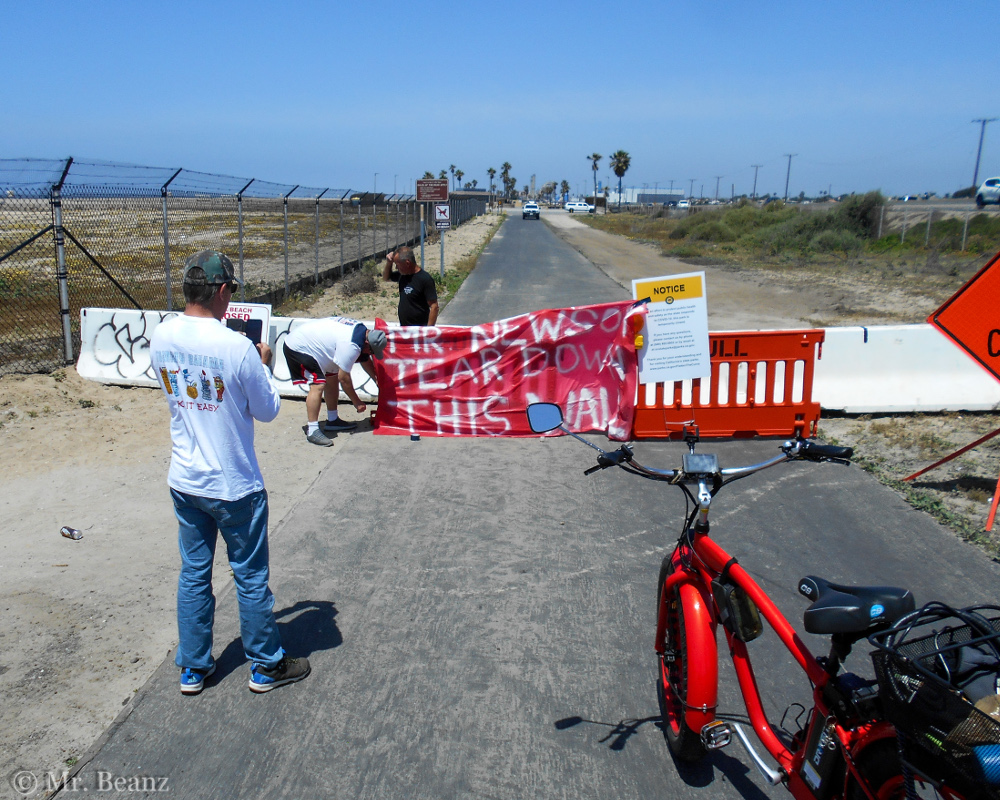 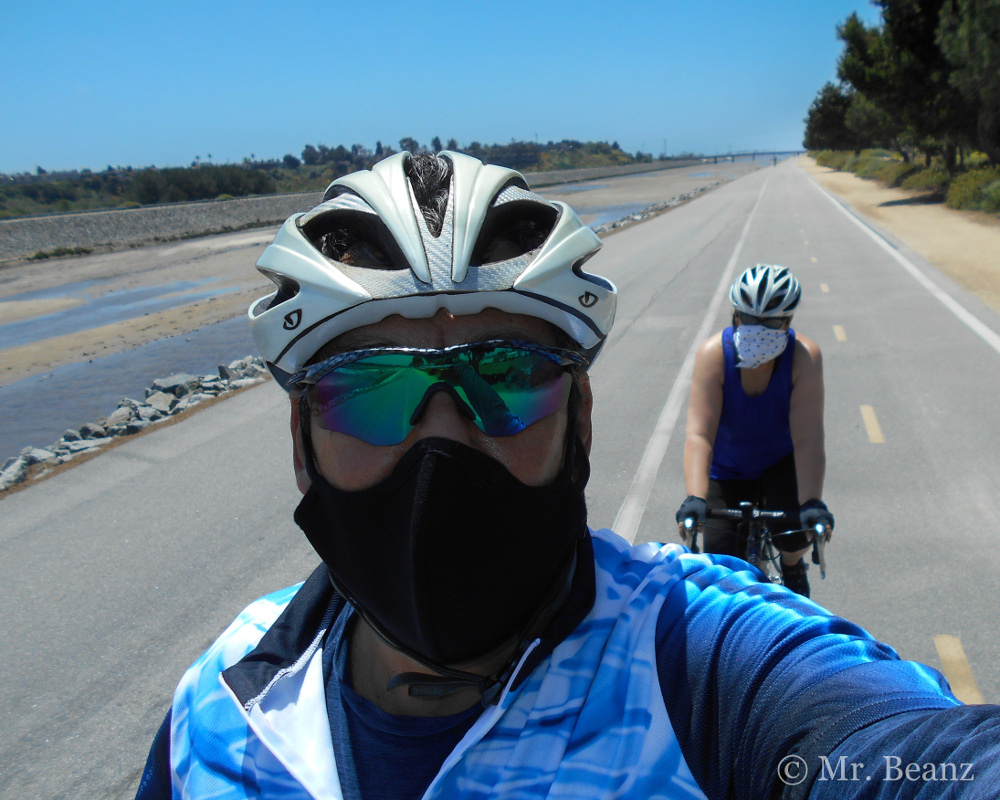 Bob I know you log in on occasion. Please let us know how you are doin . You have friends here.

After a couple of hot days in the sun doing yard home improvements, it was nice to get out in the fresh dark air. Our neighbors, who happens to be a fireman seems to have no idea about junk codes. Not sure why he put up a bunch of crappy tarps, tables and wood against the fence. I think maybe to hide his junk. So much ****, my poor Ma can't look out of her bedroom windows without wanting to cry. So she asked me to put up bamboo. Sooo much nicer! But a couple days in the hot sun crawling, squatting, digging, organizing, and trimming rosemary's bush. 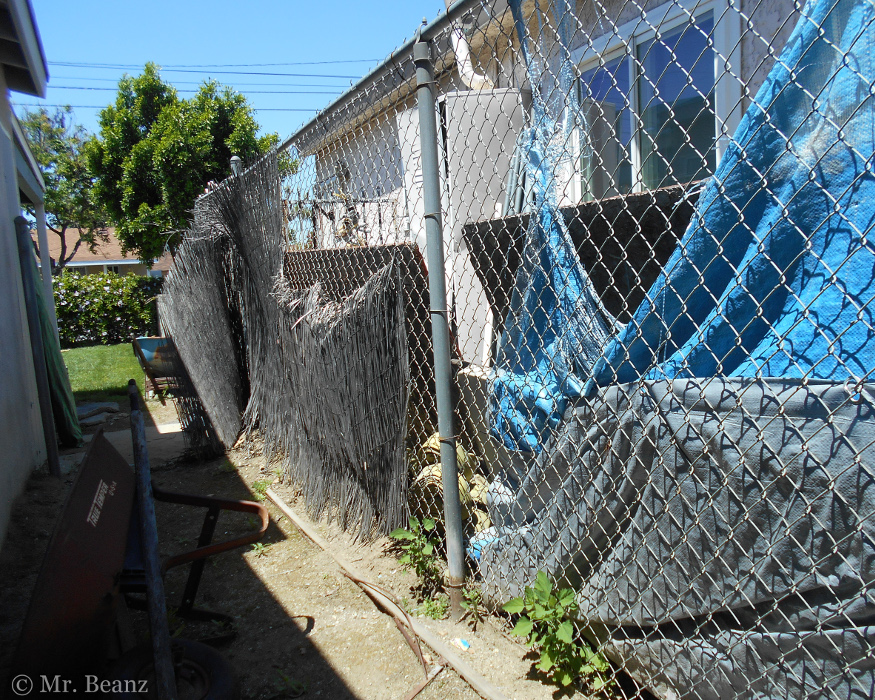 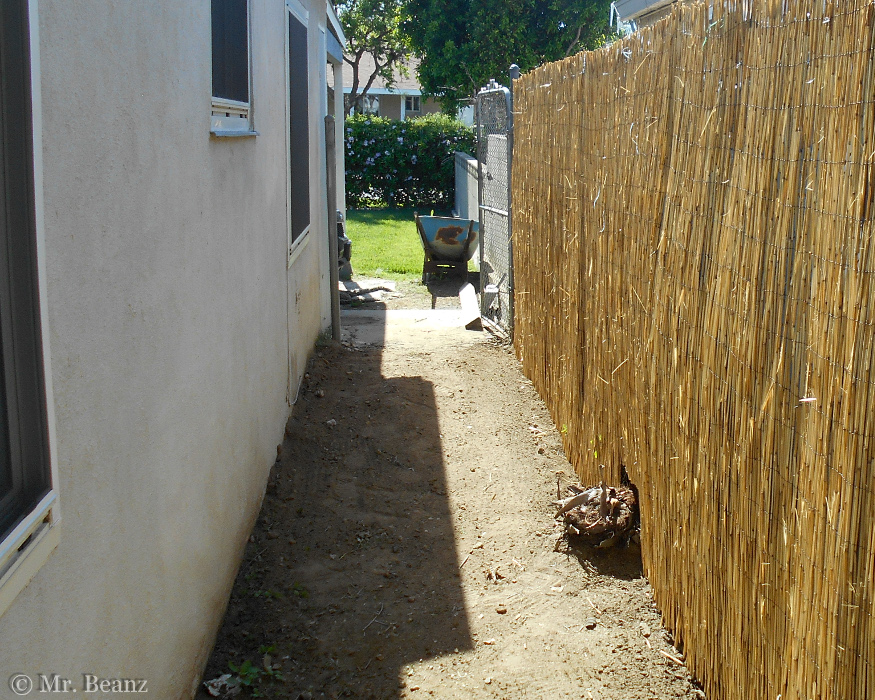 That's the north side so yesterday I did the south side. Still have to do the back but it looks so much better. 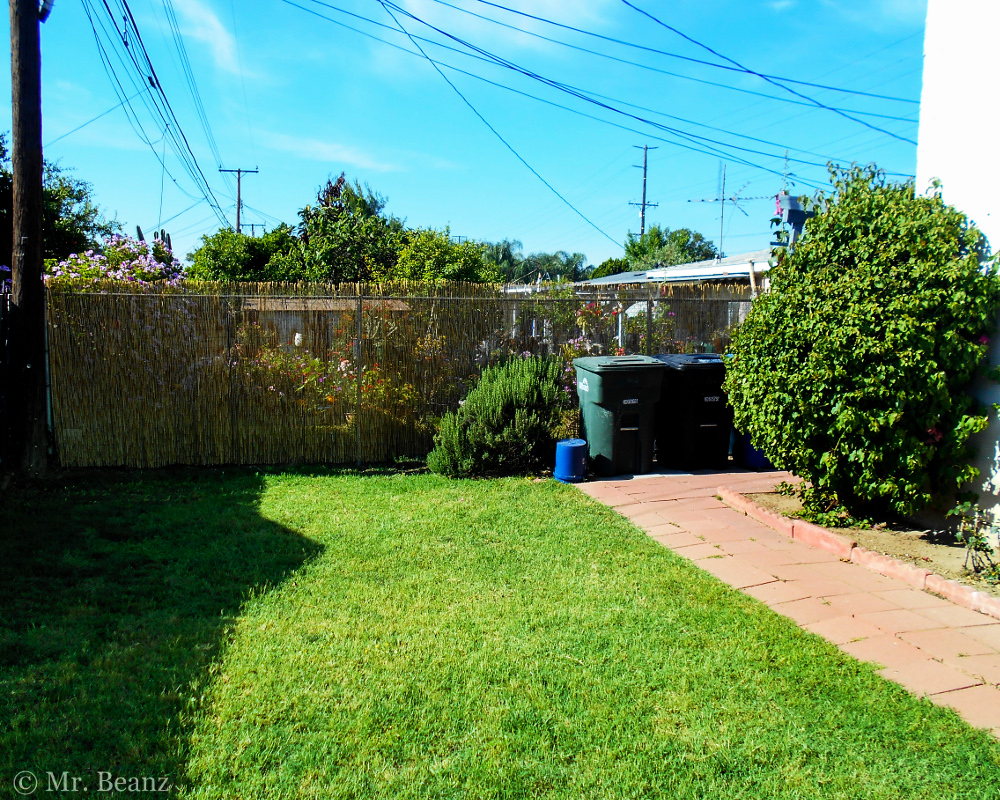 Man, my hands were cramping from cutting wire. Good training for braking on the bike ha ha! Cutting 30+ wires plus for each panel of bamboo. I put up 6 panels. Twisting wire, cutting, man, the hands got a good workout. Going to do the back fence with the thick bamboo poles. Should look pretty cool when it's done.

So digging at the bottom of the fence to try evening out the bamboo, then trimming that stupid bush to work my way around it, man that stuff stinks. Then the old bamboo was rough removing it with all the **** flying around. Ended up putting on a mask to avoid that stuff.

So tonight was refreshing. I was testing a helmet mount I picked up on ebay for my cygolites. Pretty cool, one on the bars to light the way and the other on the helmet to light up whatever I look at while riding. Kind of fun playing spotlight games while riding. And I got to make sure there weren't any wild tigers in the trees as I ride by. I think the sun bleached my hair because I woke up this morning and had a lot of white hair ha ha! You know how hard it is to take a pic of the back of your head while riding?

So my helmet light set up. Cygolite on adapter fixed to a go pro buckle clicked into the helmet strap. Worked pretty well. Can't get away from the plastic junk with this set up. The buckles need to be plastic to flex into the mount.

But I did order a boat load of aluminum thumb screws, tripod mounts, extenders and some other stuff on ebay, all aluminum. So much better! 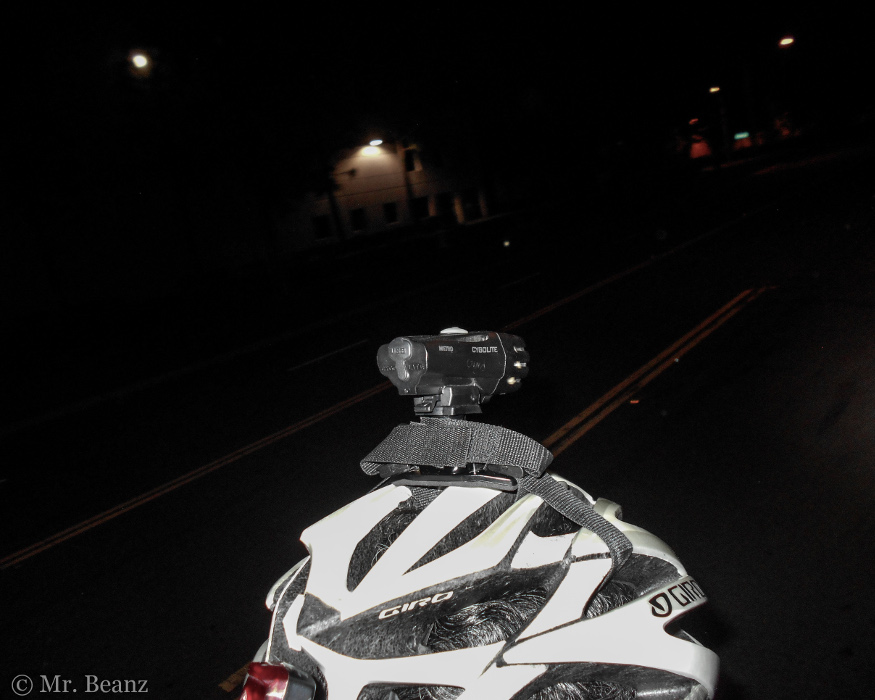 46 solo miles @ 16.1 MPH average speed. Man it was freakin' windy heading south. At one point I was pushing hard holding 12.7 MPH. I had to take my crybaby face on the end of the ride because I was too tired to do it while riding into the wind ha ha! A nice 15 miler tonight dialing in a Charge Spoon saddle. I've read a ton or reviews and heard them mention on various cycling forums as being a great saddle for a good price. I thought to myself, can't be!

But I set it up, dialed it in over the first couple of miles and wow! I had set it up on the trainer so I know I was close but once I sat on it, I was really surprised that it felt great! Not soft, not too much padding, more like it's just a great fit. Of course just the first 15 miler but feels much better than the saddles I have been using that I thought were feeling good.

Hmmm! Can't beat it for $28. Reflective strips in the back that look white in the pics with the flash but daylight hours, one would not know it is there.

So with a little break in period, a few miles, I'm thinking this saddle is as good as they say. I just hope the durability is as good as the fit. If it is, I got it made since the saddle I've been using has gone up to $175. I just can't get myself to pay that out of principle.

Also getting used to the light being on my helmet. Really liking the visibility!

Wow, been doing work in the yard over the last few day and I am getting dark ha ha! 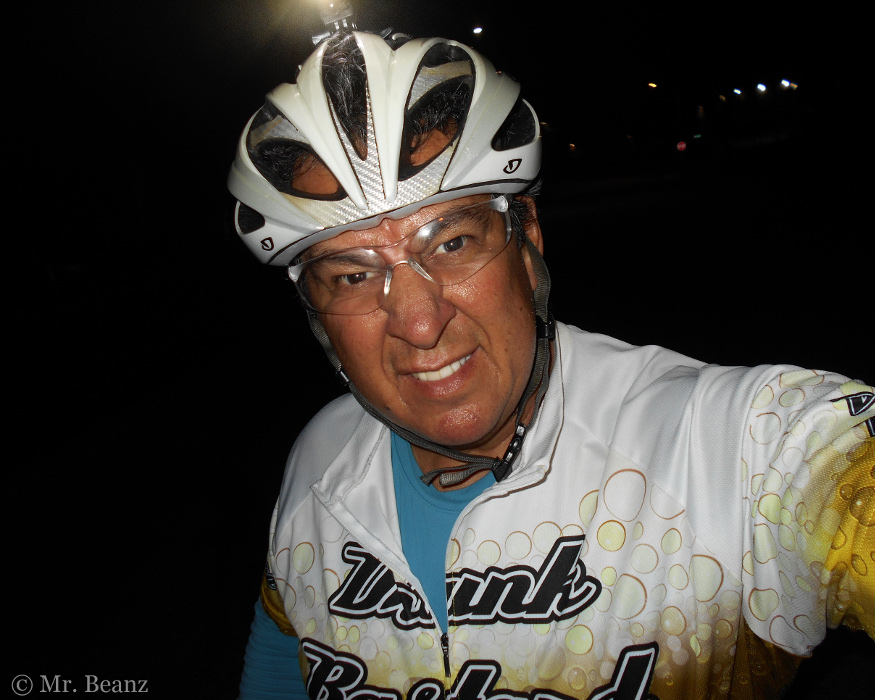 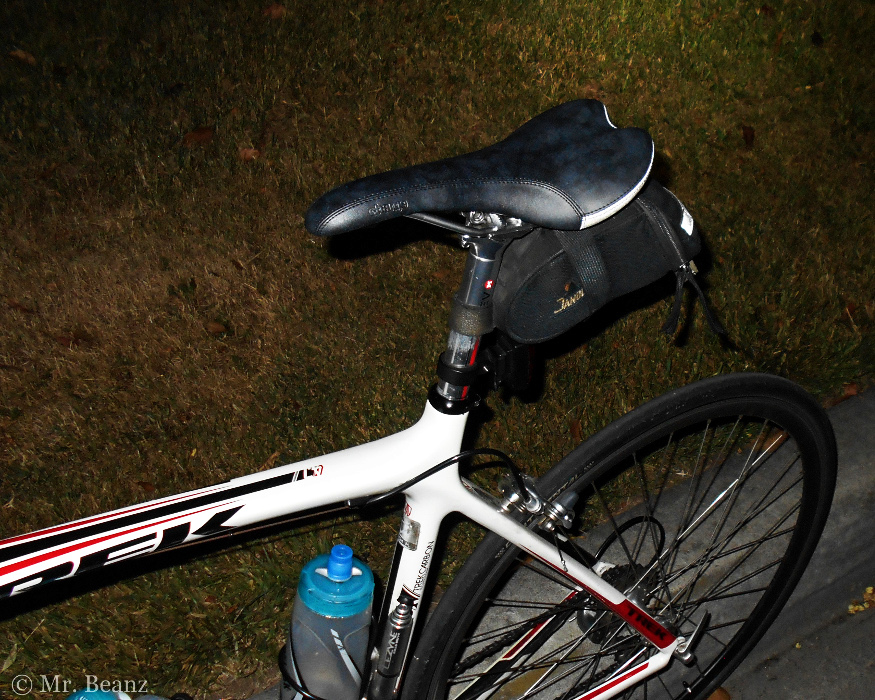 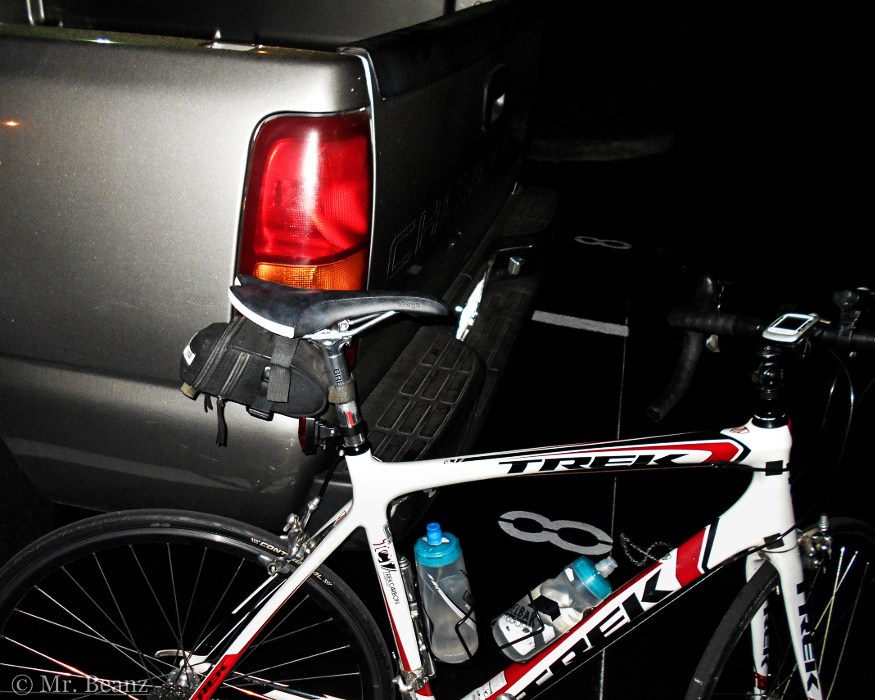 Quick 10 miler today. Averaged only right at 16 mph for the ride with some 9% climbs in there. Funny thing is.....when I finished my 1030 said the ride acclimated me to heat??

Germanrazor said:
Quick 10 miler today. Averaged only right at 16 mph for the ride with some 9% climbs in there. Funny thing is.....when I finished my 1030 said the ride acclimated me to heat??

I don't care what it said, somebody else posted a ride, I'll take it!

Mr. Beanz said:
I don't care what it said, somebody else posted a ride, I'll take it!
Click to expand...

Bwaaaa ha ha.....I love to ride and smell the farms I go by and even the roadkill!
Reactions: Mr. Beanz

I went out yesterday, short ride, one dog but no cattle like my previous ride over that route. I tend to give large bovines a lot of room. I have been seeing an SUV parked in the same location with one person inside periodically for sometime now. The guy always waves at me. Yesterday he offered me a 5 hour eenergy drink. I declined telling him I do not consume caffeine. The guy is apparently homeless and lives in the vehicle.
Reactions: Mr. Beanz

jhuskey said:
I went out yesterday, short ride, one dog but no cattle like my previous ride over that route. I tend to give large bovines a lot of room. I have been seeing an SUV parked in the same location with one person inside periodically for sometime now. The guy always waves at me. Yesterday he offered me a 5 hour eenergy drink. I declined telling him I do not consume caffeine. The guy is apparently homeless and lives in the vehicle.
Click to expand...

That is kind of scary! He could drug you then steal your $13,000 Pinarello.

Reactions: steve
You must log in or register to reply here.

Did You Ride Today?

Where Did You Ride Your Road Bike Today?

Where did you ride today?

Open Question- What did you see on your ride today?

Where did you ride your bike today?

R
Did you ride to work in Melb today?

Why Did I Ride So Fast (for me) Today?