OK I'm feeling a bit sorry for myself because I just wrote a very long post and lost it when I tried to submit it... Doh! I'm sure I'll miss some details...

Long story short, I've been trying to put together a touring bike on a budget of money and time, and having run out of both, will travel with or without the bike depending on whether it can carry my stuff! 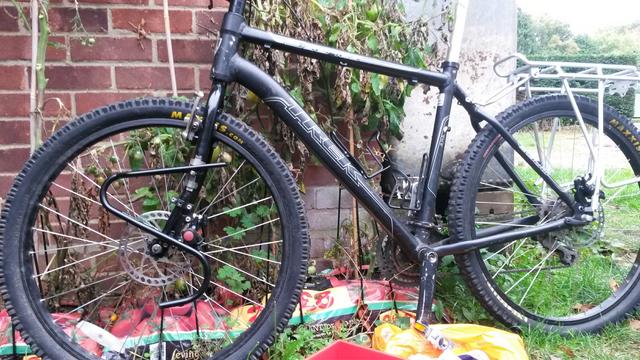 I thought I was doing myself a favour by getting both a quality steel lowrider second hand and a Tubus clamp for forks with midway eyelets (also visible in next photo) from Ebay, having broken an alloy axiom rack before. It arrived and I realised it's a Tubus Duo, when I thought it looked like a Tara! I could keep it until I find another bike or I can afford a Tara, but for now I've tried rigging it with hose clamps, inspired by the Tubus LM-BF clamp (also not compatible with the Duo) for fatter forks. 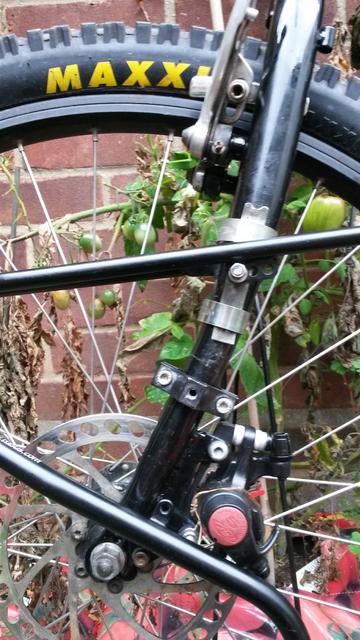 I did have to push the racks arms apart a bit, but I used the bolts with the flattest heads I had. I don't have the right allen key that fits between the rack's arms, so I haven't been able to tighten the locknuts down yet. I'm also thinking I'll use tyre tubing or other rubber to improve grip. 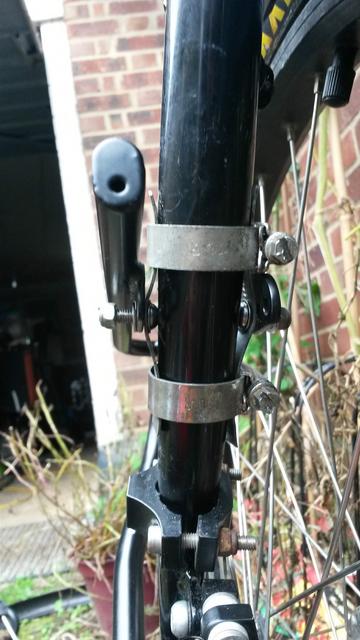 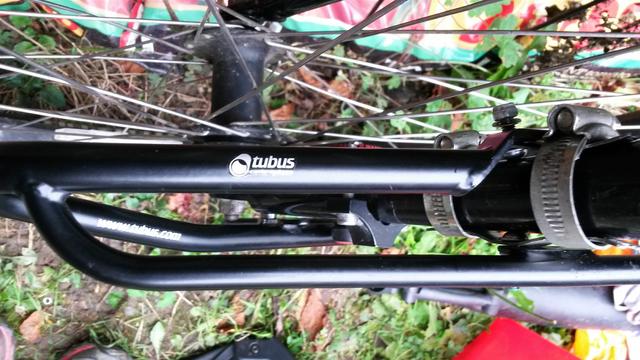 Does anyone know what an M5 bolt with a flat tab of metal for a head would be called or where I can find one? I thought it might be a bit stronger and more stable, easier to fit, and save squeezing a bolt head/nut against my forks.

I also had to generously space the bolt to the dropout eyelet because the fork tubes get in the way. Because of this I'm worried there might be too much lateral stress on the bolt, though it doesn't seem to move. 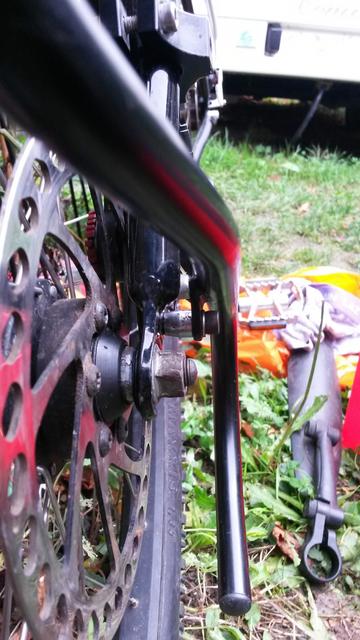 I guess this is something I would do temporarily on the road without hesitation, but does anyone think there's a good reason I should expect this to fail (and throw me off the bike)?

Cheers!
You must log in or register to reply here.

Changing a bike seat - can I DIY it?