God, They're Fat - What Is Wrong With Americans?

This issue concerns me, because I am far from innocent when it comes to it - I've been as much as about 60 lbs overweight - and it was awful. I've basically reformed my life/lifestyle, and intend to keep it that way. No, I'm not perfect, but I try to watch it closely and make sure a small gain, a couple pounds, never becomes a big gain.

More and more, though, I am seeing people who are dramatically overweight, like 400 plus pounds. You never used to see that, now any time I go out to a busy public place it's not usual. Often on motorized scooters. Also, any school bus stop has a number of fat kids, every school has plenty of them - that was extremely unusual when I was a kid in the 70's.

I know, multiple causes - poor diet high in empty calories; extreme access to food, to - fast food, gas station with full delis, etc, a bazillion party stores, grocery stores full of **** marketed in such a way it is designed to attract; an aversion to exercise by a lot of our population coupled with the concept that to go half a mile you gotta jump in the car; uneven access to healthcare (obesity rates are statistically inversely proportional to income); high fructose corn syrup specifically stands out among the junk food.

I know, the "land of the free" but personally, I would support policies that discourage obesity and encourge responsibility and healthy lifestyles, or cover some of the enormous public costs, which are gonna get nothing but worse. I know, it's not "pc" to not subscribe to the disease theory of obesity, but honest to God, I think it's mainly a personal responsibility issue.
Reactions: JBHoren and rotaryrocket

Nah , it's not my fault I eat 3000 metric tons on Mcd's fries a week. I mean if they were not made to be eaten in great quantity , why do they taste so good? It is now bad form to critique someone for being obese since they are victims of society and in truth it is ok to be fat nowadays.
My wife was trying to edge her way in past two rather large customers at a grocery store that were on their cell phone and joyfully taking up and entire isle. When my wife said excuse me and grabbed a 12 pack of beer the female remarked " beer will kill you" , may wife said " looks like a fork is gonna kill you".
What happened to jolly fat people, they all turned fat and obnoxious.
Reactions: Acheno84, Bicycleman and rotaryrocket

Yeah, it is personal responsibility more than anything, IMHO. The day before Ash Wednesday is "Paczki Day" in Michigan - they're basically great big jelly or custard filled deep fried donuts, and can have up to 1200 calories each (yikes). It was kinda sad, I was at the grocery store a couple days before, there was a woman in there, about 5'2" or so, buying like 4 dozen, and I am sure she would have been 400 to 450 lbs. I hate to sound arrogant or that I think I'm morally superior -but what the Hell - my cart had about 10-12 kinds of fresh vegetables and fruit, salmon, shrimp, chicken breast, quinoa, shirataki noodles (ultra low carb/calories) - that is how I eat now, and I think it's vital that people get off the junk.

Some of the "foods" in the grocery store are damned scary and promoted as "healthy" - one of the worst, "Fruit by the Foot" - theoretically a fruit leather, but it's almost all ****, a ton of sugars, most of it added, horrible artifical colors like day-glow green or blue, and it's promoted as a healthy snack for kids. WTF is wrong with giving them some berries or kiwi fruit or an apple?

I do make McD's a pit stop on rides - usually clean bathrooms, and I can get a snack there - side salad with no dressing or the lite balsamic, and a Diet Coke. My one addiction, diet pop and no-calorie energy drinks. So as stated, I'm far from "pure" but I try. I just don't tell my Tri coach or my other trainer or my doctors or dietician about that little habit.

jhuskey said:
Nah , it's not my fault I eat 3000 metric tons on Mcd's fries a week. I mean if they were not made to be eaten in great quantity , why do they taste so good? It is now bad form to critique someone for being obese since they are victims of society and in truth it is ok to be fat nowadays.
My wife was trying to edge her way in past two rather large customers at a grocery store that were on their cell phone and joyfully taking up and entire isle. When my wife said excuse me and grabbed a 12 pack of beer the female remarked " beer will kill you" , may wife said " looks like a fork is gonna kill you".
What happened to jolly fat people, they all turned fat and obnoxious.
Click to expand...

I often checkout what people are buying, crazy scary what some exist on.

Obesity appears to be a first world problem.
These days folks are moving less than people who lived in earlier times generally.
People also appear to have more disposable income than before.

The combination of less movement and higher food intake will kill people.

My father regularly makes the observation that when he was a child rationing here - rationing throughout Europe in fact - was a good thing.

We have an employee that works 18 hours a week best. He doesn't want to work after 2 pm so he can get to bar. He is on every federal program available and I assure you he has way more food in his house than any of us. He is however very thin. I think eating gets in the way of his drinking.

I was talking with a girl from Canada once that I found on the MUFON website (total stranger, but we had a couple of chats before she blocked me... ) and she told me that people in the States "Can be as Wide as they are Tall".

I didn't really believe it, I thought that it was some kind of "geographical cliché", like all Europeans are this and all Asians are that etc...

But since you are mentioning it here again... Hmmm. How fat? 400lbs sounds alot...

Btw, maybe alot of these people are on medication for some reason or another.

Me personally, I'm exactly the weight I want to be, (finally) and I eat and drink as much as I want. Maybe I hit some balance with cycling and stuff.

Pretty much as me Volnix, I am a little overweight (nothing too noticeable), but I do balance it with cycling and tennis. As for Americans, they just eat too much and move too less, it's a common evil.

Yeah, a lot of really fat people. Like, round, immobile. I would say 300 pounders are common now, and 400 and up aren't hard to find either.

Yep, it's a cultural thing, they are obese and with guns, they should really change that. I mean, what are they gaining with bad habits, is there a logic to it?

There isn't a relationship. Anyone remember the show 'Ed' on NBC about a decade ago? - "I'm a lawyer, and I own a bowling alley. Two separate things."

So, what's the real danger, firearms or Big Macs and High Fructose Corn Syrup, plus some ciggies thrown in for good measure.

The road to Heaven looks a lot like a typical fast food row on any US main street.

It appears that death is still the leading cause driving the mortality rate despite this the rates remains stable at one per person.
Reactions: Shark425 and steve

Funny, that is what my boss says to clients all of the time. Bada boom, bada bing!

Why is it always Americans that are pointed at as fat? I've seen fat people in a lot of different places I've lived. Mexico has a huge (PUN) amount of fat people. Canadians aren't the thinnest people either but I guess these are chalked up to fat by geographic closeness to America.
Reactions: Shark425

I don't know Joan, eventually because America is seen as an advanced country, but at the same time some of your practices, like obesity and guns, are not so advanced. 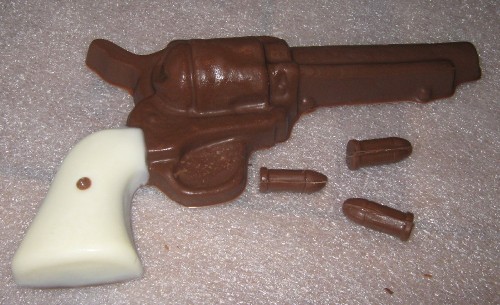 lol, come on, guns are fattening? That one doesn't even have almonds in it!

I have to agree with the comments on the fatties here in the US. I cant stand seeing these fat people squeeze into clothing they should not be allowed to buy...then walk around in public like they should be followed by a film crew taping the next fat asses reality show. I just don't understand how someone can become so comfortable with the thought of being large enough that they require special needs in order to go through their typical day, like the need for an electric scooter at the grocery store because you cant walk the store to buy your ****ing twinkies. We are making it way too easy to be this big. If your personal choices have made you 400lbs, then you are making poor choices and you need to be made aware of that.
Reactions: JBHoren
You must log in or register to reply here.

God help me, I did it...signed a contract for a Tri training course.

M
God, where have you been?

Religious fundamentalism in politics, or picking candidates because of Faith in God

C
Is the bike an improvement on God's design?