I'm looking for a commuter bike to ride to work and back. I ride entirely over asphalt for about 8 miles, up and down some hills. I rode an old broke down stumpjumper for a year, but then this fall I came into a bit of money so I thought I'd treat myself to something nice. I've already had two bikes that just didn't work out. The first one I returned to the shop and the other I'm trying to sell.

The first one was a 51CM Soho by Trek. It felt like riding a tank it was so heavy and stodgy. It also felt like my knees keep riding up and hitting me in the chest. The bike fitter at the shop said I had extra long femurs which might have contributed to my knee pain. She suggested I try instead a bike that has "slacker geometry."

The second one is a 54CM Cannondale six13 that someone converted to a single speed. It's incredible light and feels like riding on air. However, it apparently is just a bit big for me. I also didn't realize until after I bought it that it didn't have the holes necessary for fenders and a rear rack. Oops!

I don't feel the need for many gears, and a single speed or 3 speed hub would work fine (the old stumpjumper only had three working gears anyway). Below is what I'm looking for. I've found a lot of bikes that have some of the below qualities, but I've yet to find one that has all of them.

Any advice would be much appreciated. My total budget is about $800

- Frame appropriate for a 5' 7" man (about 52 CM in a road bike I think, or about 17 inches in a mountain bike)
- Has disc brakes or can support disc brakes, at least in the front
- Has or can support a rear rack
- Has or can support fenders
- Has horizontal dropouts or something similar so I could make it into a singlespeed
- Has a slacker than normal seat tube angle (The Soho DLX was 73.5 and too steep)
- Plain Black frame would be preferred

Hope someone can help. I'll send you a beverage of your choice through email.

Dave, you are asking quite a bit of the other forum members to do the research to find you a bike that fits your requirements. I'll give you a couple of internet resources to look at but you will have to do the searchling on your own.

You might want to visit your LBS with your list of requirements and see what they can come up with for you. After all, they are the pros and they get paid for doing this sort of thing.

Dave, One thought that comes to mind is a Velo Orange frame. Fully built, it wil still be over your budget. However if you shop eBay/craigslist for parts (and know what you're doing), i think you could build a reasonable bike for a reasonable amount. These frames have a slacker geometry and meet your requirements of eyelets for racks and fenders. The basic one (can't remember the name) even comes in your preferred black paint. Check out the Velo Orange website, it's worth reading.

Worth looking into. Single speed bike already set up for mounting racks and fenders.http://www.bikesdirect.com/products/motobecane/uno.htm 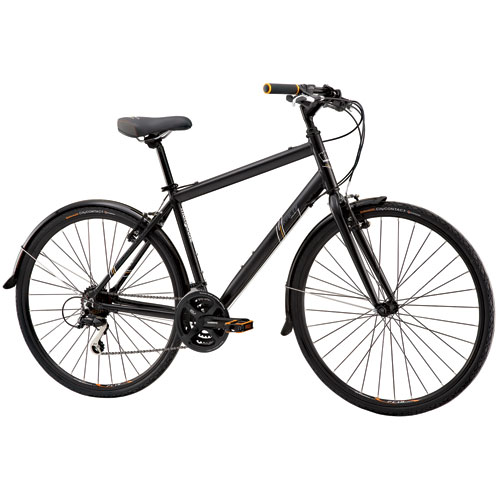 C
Looking for advice for a good bike

Are you addicted to looking at road bike photos? find out why!