Somebody paid good time and money for this gig...

jhuskey said:
Most media is controlled by big money by being an affiliate of sub of big money. They are all biased and carefully regulated and if an employee goes outside the accepted range of acceptable they are quickly dispatched. Free speech is encouraged as long as it follows the beliefs of the corporation.
Click to expand...

Campy did it. By saying that state run everything except the KGB is a fad.

State run cafes seem to be cool and good value around here.

In the context of America and guns, my opinion has changed over the years.

I used to oppose the ideas of citizens having access to firearms. But my position has changed since because if you're living in a remote location with no police in the vicinity, how do you defend yourself?

Around here you have to live near a bakery for cops to come.

Hows stuff in Ireland? Do you also have police checks?

You got it Lim, when seconds count the cops are only a few hours away.

How many cop shops in how many districts are there in Paris???

Only a complete fool relies on 'The State' for his own security.

Our cities, despite having massive numbers of local police officers, Sheriff's deputies, State Patrol plus all the Fed's lurking about are MORE dangerous than the rural countryside environs.

I can't carry a cop.

I CAN carry a firearm.

Volnix, our cops hang out in donut shops and coffee shops. 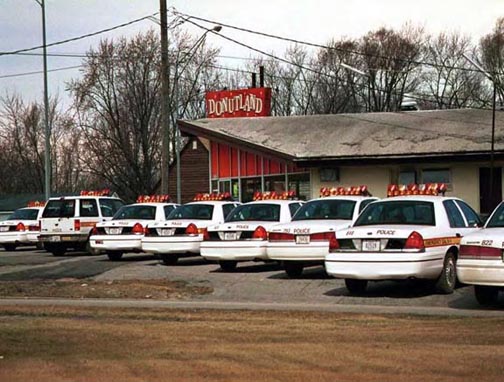 They've been known to really need their donut fix... 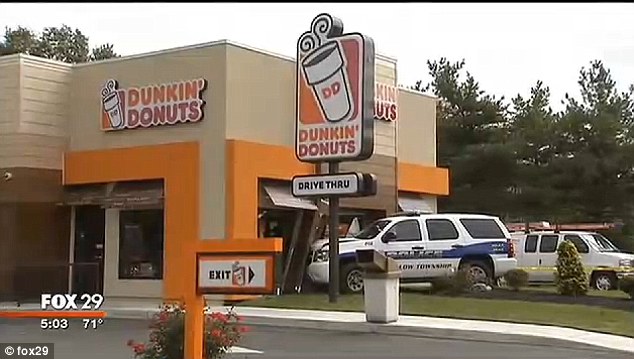 Its really strange that they stopped showing whats going on in the TV here. Maybe Hollande pulled some strings.

Cops in France are literally doing some Baghdad sh^t lately..

They suspect that one of these "explosive personalities" passed from Leros in Greece 40 days ago into Europa!TM

Unless the first thing that refugee did in Paris was to go for a few drinks and some Football,..

At least one of the terrorists used a passport and came into Europe as a "refugee".

I think you guys need to let another million or two into Euroland.

That way the Islamofascists don't have to fight their way through Spain to get to France like they did in the last go 'round.

Hollande only a few hundred feet from suicide bombers! I wonder if that socialist asshole will get a freakin' clue now? I seriously doubt it.

Supposedly a car rented in Belgium brought them to Paris. Between the jihadi's over here in the States and what you have in Euroland the world's eating a **** sandwich.

New York City was puffing its chest out today...putting the Anti-Terrorism squad on marching orders. Like THAT will deter fanatics that actually WANT to blow themselves up and get their 72 virgins?

We beat the Japs in WW2 and they were some of the most fanatical morons the planet has ever seen. All it took was two little ol' bombs and they finally saw the light. Literally and figuratively.

We have more of those bombs. I've got no problem if they use them.

They are trying to bribe, ehmm, "assist" the Turks to do the sorting over there...

Yeah dude it looks pretty bad. They say they wanna strike both the "organization" and try to sort the refugees. which apparently arent all "running away from danger".

Wonder what they gonna do ...

Funny story: I was in Brussels and I couch surfed with a Belgian girl whos job was To Try To Socialize Violent Muslim Kids! That was her Fackin job! Just Muslim Kids! Free Barbeques! I guess thats the Europa!TM thing to do... Lame, so lame...

There is no Turk I would trust to verify the status of anyone leaving the Middle East. None.

I wonder how many thousands of terrorists and ready-to-wear terrorists have already entered Europe and America. Both have immigration and visa policies far too liberal.

Eisenhower, Truman and Hoover deported millions and we need to deport many, many millions more. There are days like yesterday when I feel the need to establish my own country!

The United State of Campy! No immigrants allowed...except for hot Swedish blonde wimmenz...otherwise, Go away! We are full!

When they join the NRA and eat BBQ pork...then, and only then would I turn my back on them.

This is, EUROPAA!!!TM (You kinda handed me that one! )

Not trusting the Turks huh? You got it. Between Trump, Hillary and Mr. Hair Dye Erdogan. I choose Hillary! Oh no wait. Trump Trump!

Well if they are like roaches, if you see some, there are more around. If you see them in the day there might be even more. Who knows??

I had my Kicks with Powa! with Sim City Societies.

The "Princedom of Volnix" is a... Blissful place! and if it isnt, it has a dosage facility.

My personal touch was to move all entertainment venues next to wind turbine parks! My head is spinning yo...

I trust no man that wears a bow-tie.

CAMPYBOB said:
I trust no man that wears a bow-tie.
Click to expand...

Volnix said:
How about Sunglasses?

I tend to not trust guys that wear dresses.

why would any man want to dress like a woman, or worse, become one? I know, not PC, but frankly, it's revolting.

MotownBikeBoy said:
why would any man want to dress like a woman, or worse, become one? I know, not PC, but frankly, it's revolting.
Click to expand...

Hey, to each his own. I don't care for stuff like that either, but it's their business and it doesn't really bother me, so why should I give a ****? 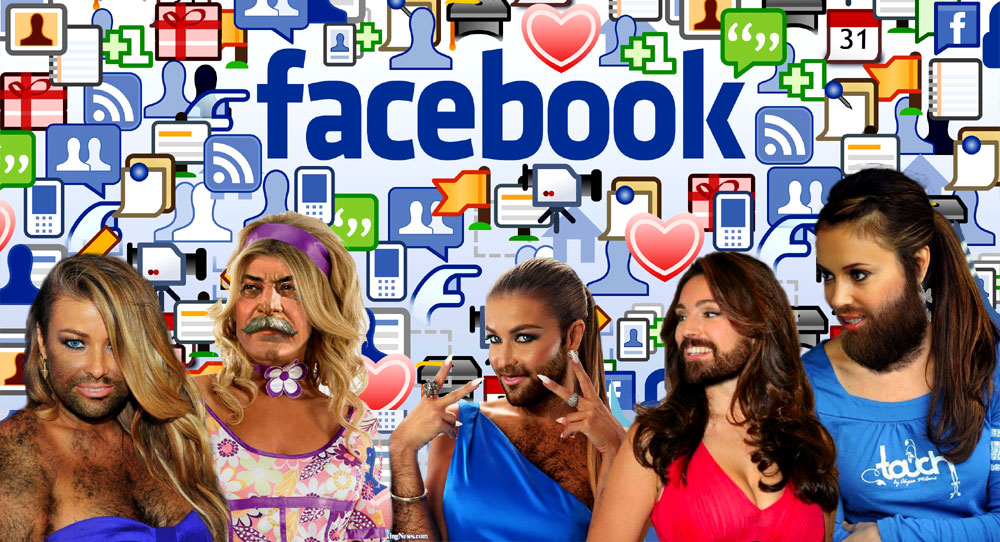 Hmmm...I think I would date the ...er...girl that's second from the right! Maybe a shave and some electrolysis...and a fervent prayer for no pickle surprise!

[media]https://www.youtube.com/watch?v=NgWn7zbgxZ4[/media]
You must log in or register to reply here.

Health Nutrition and Supplements May 1, 2018
DenisP