Is anyone else an avid protein-shake drinker on here? I hear all the bad reputation protein supplements get on some blogs/forums and can't believe people cannot see the benefits. If you don't like the taste, then man up, because protein shake are not supposed to be a culinary dessert. I personally have one shake in the morning, and it pumps me up.

What are your views on protein or creatine aids? I know some of these are for body builders, but cycler can still gain the same advantages if they are eating correctly. Definitely check some brands out such as ON and Six Star, which are the brands I have used before.
S

I usually do not have protein shake. I usually end up having protein bars. They taste better are definitely useful. I also think protein supplement are useful for a person. It is great if you are able to get through the taste of the bars.

I usually eat a light breakfast, like oatmeal or some fruit, before my ride. When I get back from my ride I usually drink a "protein" shake. I'm pretty skinny and I have difficulty gaining muscle mass so my hope is that a high protein meal after my ride will help me keep and build muscle. I might not be drinking your typical protein shake though, since I drink a vegan and organic protein shake. I don't think it has as much protein as some of the one sold in supplement stores.

I'd very much eat protein bars instead of protein drinks and such. There are some like body fortress which tastes disgusting in my sense, but there is this one brand I forget the name of it but they actually had a pretty good taste for the amount of 50 grams of protein which is pretty amazing! I'd rather have colossal protein bars though since they taste better. My favorite one is the chocolate chip cookie dough one!!

I eat a lot of protein bars because I can easily pack them and eat them on the go. I have never tried protein shakes because I hear so much about the kidney damage that can occur due to excessive protein intake. I imagine that the bars are just as bad as the shakes in many instances, but in my own mind I can justify eating it over drinking it. I do eat a lot of meals that are high in protein including eggs and a lot of meat and animal products. These days we hear so many conflicting reports in the news about what can damage your body. I think that we must rely on how we feel to determine what our bodies need.

I think protein shakes are the way to go if you want to start your day on a high note. Proteins are essential in the body and more so to any budding sports man/woman.Protein repairs worn out tissues in the body and are therefore important in tissue regeneration.

LadyofAxe said:
I usually eat a light breakfast, like oatmeal or some fruit, before my ride. When I get back from my ride I usually drink a "protein" shake. I'm pretty skinny and I have difficulty gaining muscle mass so my hope is that a high protein meal after my ride will help me keep and build muscle. I might not be drinking your typical protein shake though, since I drink a vegan and organic protein shake. I don't think it has as much protein as some of the one sold in supplement stores.
Click to expand... 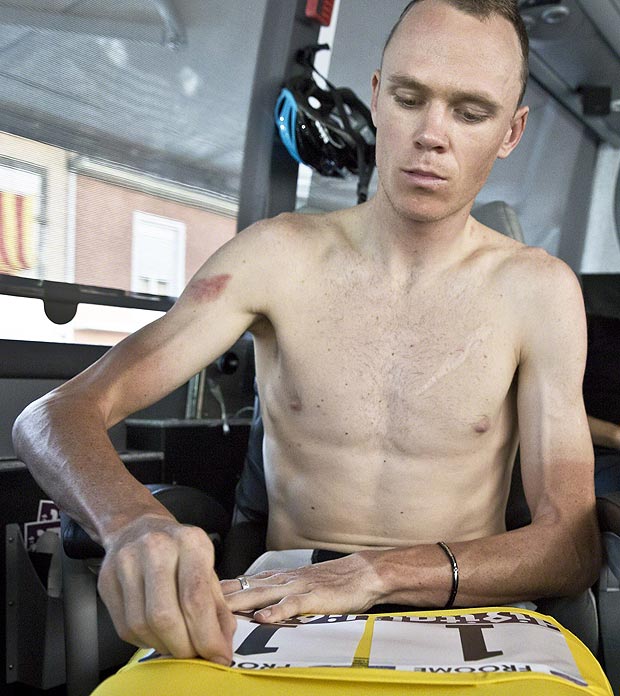 Winning the Tour, climbing at insane speeds and Time Trialing on the flat at equally mind bending speed doesn't require muscle. It doesn't take much force to press a pedal hard enough a few times to generate 400 watts. What does take a lot to develop is everything that allows you to do that aerobically and continue doing it for a long time - say more than 4 minutes.

Keep the diet balanced and stress about other things - like eating good tasting food and how to ride fast. Life is too short to eat blended goop that tastes like ass. While getting enough protein is important, carbs will help training progress faster. Ask anyone that bonked during a ride about inadequate carb intake... You'll never ever hear anyone say "man, at the end of that ride I had a protein flat. My energy just disappeared completely!"

If you're regularly doing ultra endurance events of 6 hours or more or very intense events that require true maximal effort for less than a minute then more protein may be required but for the rest of us that grind out anywhere between 8 and 20 hours a week on the bike, a typical balanced diet with sufficient calorie intake is all that's really required. Carb up immediately after the ride.

Michael Phelps has the aerobic system of two horses and a whale and has muscles. His diet - not protein enriched.

I don't pay much attention to protein shakes and supplements. They do have some benefits, sure, but they're not at all necessary. You're better off eating a healthier diet and boosting your protein intake through food sources rather than processed shakes or something to that effect. I feel best when I take in about 4,000 healthy calories during the day, although that is a lot of food!

Honestly, I'm really bad about watching my diet. That is probably partially responsible for me being out of shape. I drink water and coffee before my ride. That's just until I figure out what works best for me.

Honestly, I'm really bad about watching my diet. That is probably partially responsible for me being out of shape. I drink water and coffee before my ride. That's just until I figure out what works best for me.

I don't take any protein shakes, but I do go out of my way to get a good amount of protein. I'll eat lean meats like chicken. I'll also eat protein filled foods such as peanut butter as a snack. I know that protein powder in actuality is super marked up, so I don't consume it. I think that getting protein from other places does the job just as well, while providing you with other vitamins and minerals that your body might need.

I'm a big advocate of animal protein. Sure people like to take the protein shakes. But like anything processed, I question whats really in there, and if the man made ingredients are actually doing more harm then good. Long term effects are yet to be conclusive.

There's something to be said about free range non GMO animal protein. That's the way nature intended it. Man has taken it and packaged it them put a price tag, to eventually make you sick.

Protein shakes. Not anymore. I use to but I like real food now. If you want a good shake just stack up 10-15 bananas with some water. You're going to watch yourself pound the miles out like its nothing.
That Michael Phelps eating plan. I eat similar to what he eats but I have a ton of fruit during the day. I know this guy who eats 3 pizzas in one sitting once a week. He's a cyclist. Its fine as long as you are burning it off. Swimming a lot certainly burns a ton of calories.

I love having a protein shake each morning. It is quick, it is healthy and it gives me energy. Most of the time I am the only one home once I get my daughter off to school and she prefers to eat breakfast at school. Having a protein shake for breakfast works great for me and means less dishes to clean up too!
S

I agree with you, man up if you don't like the taste! I enjoy protein shakes personally, as my personal goal is to gain mass. I typically either have a mass gainer or a protein shake at least once a day, and twice on a good day. It most definitely fuels me up, gets me pumped, and of course helps me reach my personal goals!
P

As i just said in one of the earlier thread regarding protein supplements, too much protein can harm you a lot. Before taking any protein supplement, it is best to consult your doctor regarding your needs. It will cause Gouts, and all sort of diseases. Besides, our body can't metabolize excess protein, rest will will simply be excreted, lost of money, time and health.
O

yes I am also confused by it

I get protein only from food.I don't trust supplements

Yes I drink many protein shakes in order for my muscles to keep up with its demands haha! I go to the gym and cycle which causes some stress, but the results do say for themselves...
You must log in or register to reply here.

Health Nutrition and Supplements May 3, 2018
DenisP

A
Mixing Whey Protein with Fruit