Australian cycling superstar Robbie McEwen has thrown his support behind riders cycling from Sydney to Surfers Paradise. Robbie was already aware of the annual 1000km Macsim charity ride which Supports Father Chris Riley’s “Youth Off The Streets” programme so when approached he was only to happy to donate a signed cycling Jersey for the cause. The Jersey is the same as he wore in winning the 4th stage of the 2006 Tour De France. 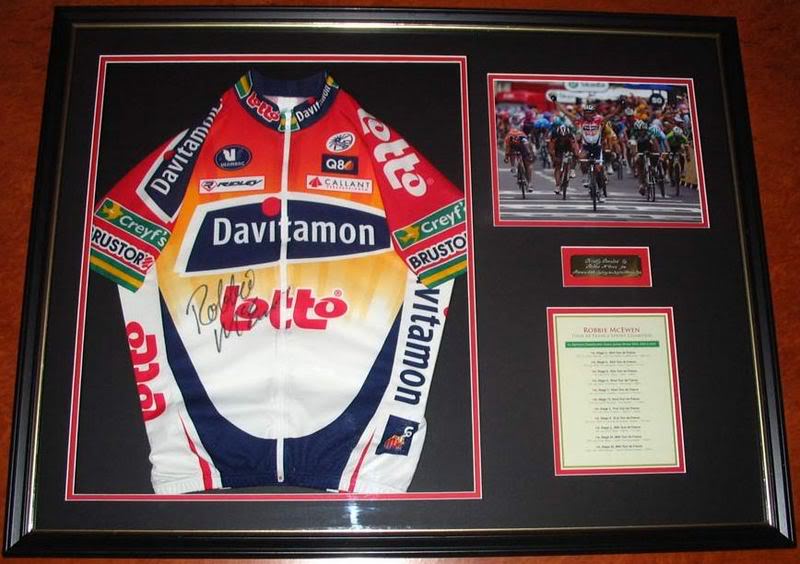 The framed jersey will be placed up for auction at the presentation night for the Charity ride on the 30th March.

The co-ordinators of the Ride, Engadine Rotary Club have opened up the auction to the general public as all the proceeds from the auction will go directly to Father Chris Riley’s Charity.

Bids for the Jersey close 3:00pm 30th March. All genuine bids will be put forward as commission bids by auctioneer on the night.

Robbie McEwen has saved the lives of two of his friends