Van Avermaet: I Didn’t Do Anything Wrong

At the sunny start of Omloop Het Nieuwsblad on Sint-Pietersplein in Ghent on Saturday, the BMC team bus was quickly surrounded by a huge amount of media and fans. On the morning of the race, Belgian newspaper Het Nieuwsblad broke the news that BMC rider Greg Van Avermaet has been implicated in the investigation into the activities of ‘ozone therapy’ doctor Chris Mertens.
Greg Van Avermaet didn’t hide away when stepping out of the team bus and explained to several media what he had been accused of. That attitude was in stark contrast to BMC’s former rider Alessandro Ballan who was largely shielded from the media ahead of races when he was implicated – and later sanctioned – in the Mantova doping case.
“I was a patient with Doctor Mertens. I’m going to explain myself to the federation, why I was there. I don’t have anything to blame myself for. I’m going to give my explanation and then all will be behind me,” Van Avermaet said. “I didn’t do anything wrong. I think that I’m a clean rider. Nothing has happened for which I should feel guilty. It’s absurd that I always have to provide accountability.”
ADVERTISEMENT 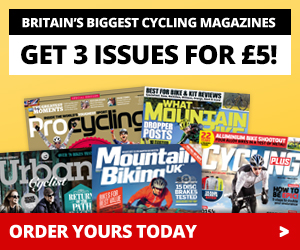 Van Avermaet explained he was trying to stay focused, thanking the team for their support. “It’s quite difficult. I didn’t expect to end up in a situation like this but that’s the way it is. I’m innocent so I just want to focus on the race. Today, that’s my first task. I’m glad the team allows me to start. I’ll tackle the race as well as possible. I’m in great shape. Those few days will not change that. I slept well last night. I’m ready for it.”
When asked about the timing of the news, Van Avermaet explained he wasn’t surprised. “I expected this to happen. [...] I knew that the news I received on Thursday wouldn’t stay out of the media. It’s sad such news is being leaked, that I only knew it for a couple of hours. [...] You know that it is a possibility. We’re going to give everything. I’m convinced all will be good in the end,” Van Avermaet said.
He was asked by VTM to explain why he expected it. “Because I received the letter of course. That I have to explain myself to the federation. That’s what I will do. I’m going to give my explanation and then all will be well.”