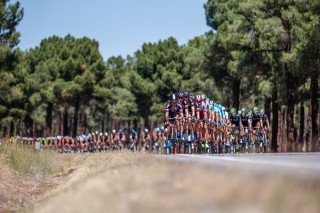 Photo: Iri Greco / BrakeThrough Media | brakethroughmedia.com (File).
PARIS (AFP) — Cycling’s major race organizers held their annual meeting in Hamburg, Germany Friday, and the outcome does not look good for the UCI. The International Association of Cycling Race Organizers (AIOCC) voted overwhelmingly (77 in favor, six against, one abstention) to reject the UCI’s proposed reforms of men’s professional cycling.
Additionally, the organizers voted unanimously to adopt a motion that reduces the number of riders a team may start in races from nine to eight in grand tours and eight to seven in other major races. Organizers cited security concerns as well as the rash of major crashes the peloton suffered in 2015 as reasons for the change.

The AIOCC, which says it seeks to “better structured,” also announced the appointment of a new director.
The post Organizers oppose UCI’s reforms, vote for fewer racers appeared first on VeloNews.com.