I have the Go Pro helmet vent strap included with kit. Tested it once, haven't used it yet. Seen too many people with shaky unstable videos. Don't care much for the quick turns of the head type shots. 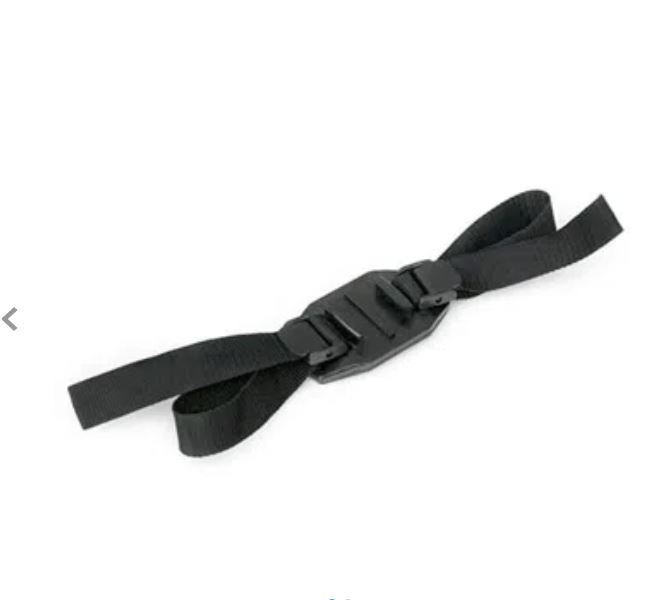 I bought a front helmet mount. Pretty much a waste of money. A buckle to glue on the helmet with a couple of links. Tested it once. Annoying weight on front of helmet. Thought the POV would be cool as it is positioned right about eye level. But the constant pulling the helmet back would be a pia on a longer ride. Plus I could have done this with the hardware I have had I thought about it. Luckily it was cheap. 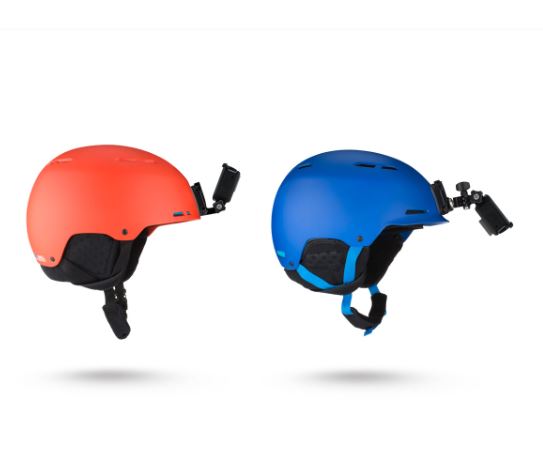 I have the Chesty mount. Still undecided on this one. Used it on a couple of MTB rides. Kind of bouncy but maybe not as much as a handlebar mount on an offroad ride. I used it walking around and it was bouncy. Kind of feel I wasted $39 after recommendations of others that is was a good thing. 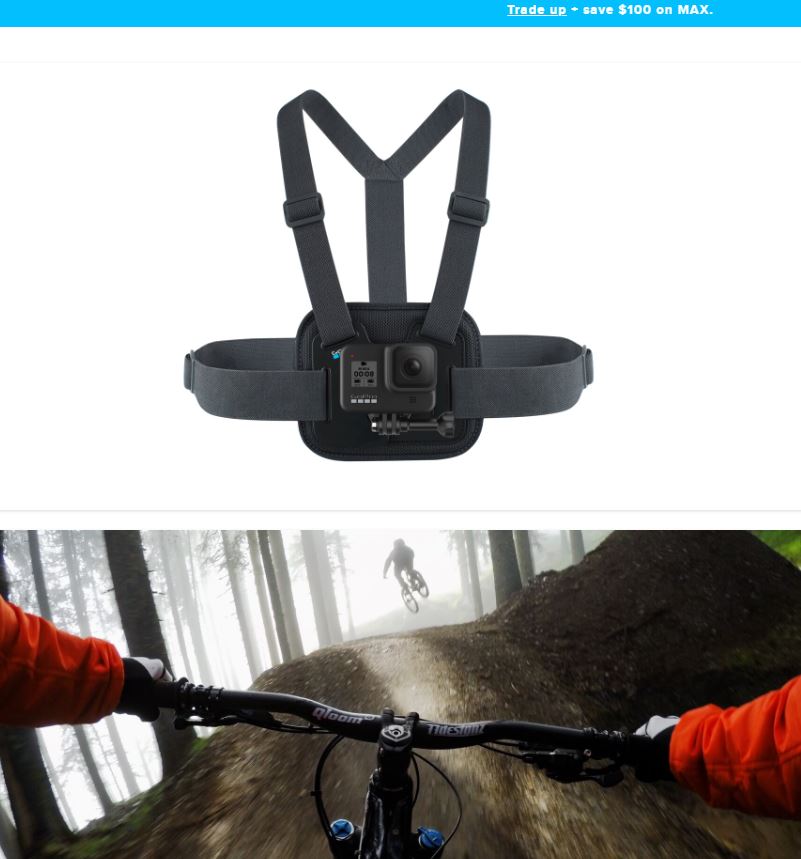 Head strap. Came with go pro kit, no cost. Haven't used it but I put it on and walk around the house like and idiot even though I don't attach a recorder to hit ha ha! Just walking around like and idiot wondering if it would bounce too much. Almost seems like it would be better than the chesty but the hair will look a mess wearing it and after ha ha! 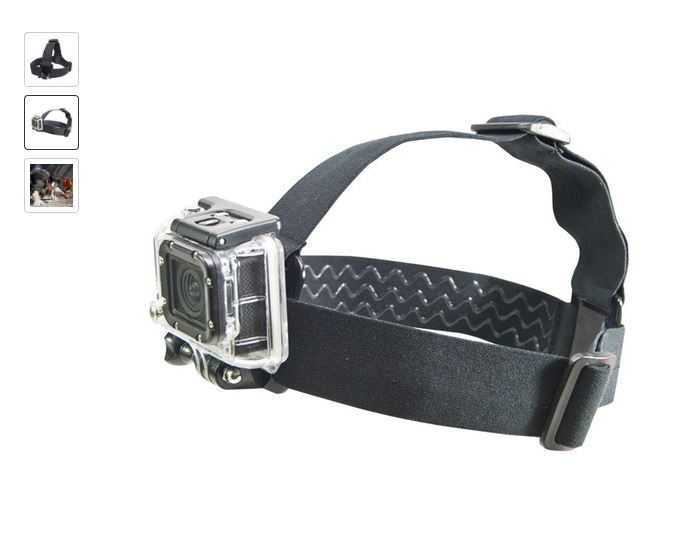 Had a roll bar mount. Biggest POS I've had. Bad screw design, cheap plastic broke after a few months and 20 uses or so. I think they have redesigned it so hopefully it's better now.

K-Edge handlebar mount. Made of alum and the best investment in a mount when I bought it. Hate the cheap plastic connectors offered by Go Pro. One of my recorders took a tumble at 30 MPH. Tough camera but the cheap plastic mounts suck so the aluminum was a big plus. 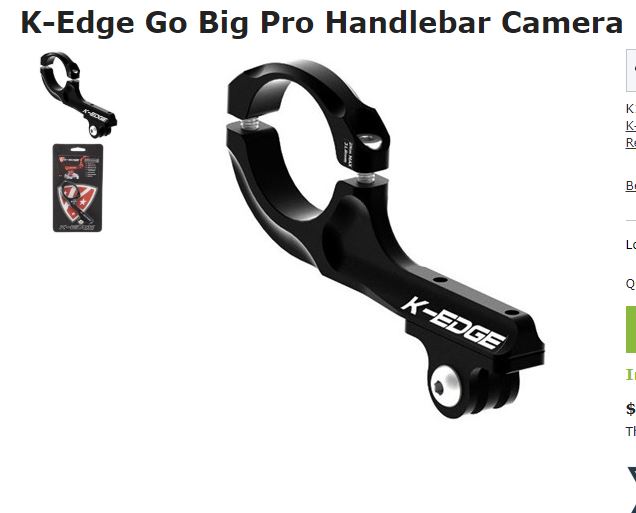 K-Edge saddle rail rear view mount was also nice. Love the rear view but can be a PIA getting it on some saddle rails. Fits MOST saddle rails, not all. Nice sturdy stable mount but again, PIA to mount on the wrong saddles. 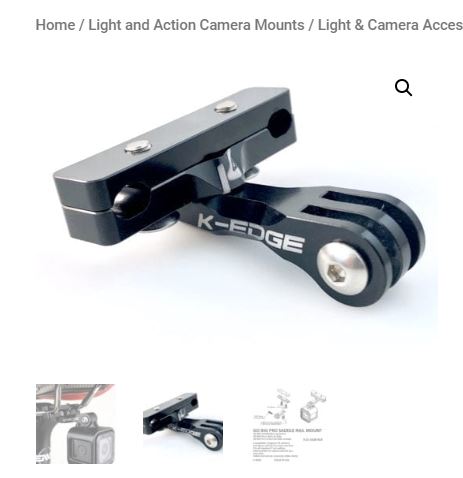 Just bought the handlebar mount by Go Pro. New improved style. More durable plastic and a better screw system so I'm giving it a chance. Works on hb's, seat posts, and poles. Seems easier to mount on the seatpost for a rear view vs the rail mount but need to test on a ride hoping it doens't vibrate much. Pretty nice mount. Has a tab to push allowing the camera to swivel in all directions 360 degrees. 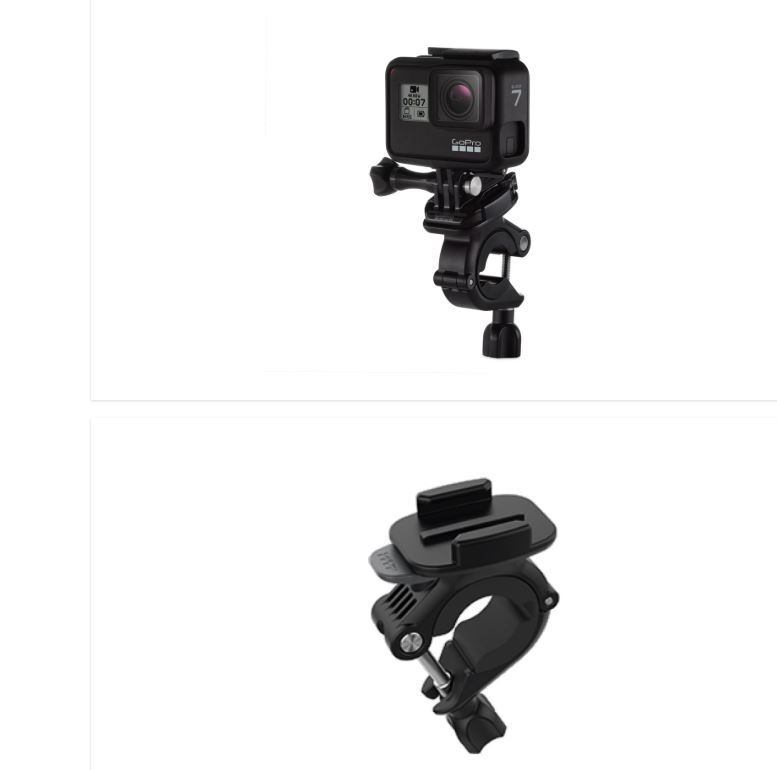 I am though looking for a mount that goes under the down tube. As mentioned before, the roll bar mount was junk but it fit under the DT tube.

This was like the one I had but it fell apart too easily. 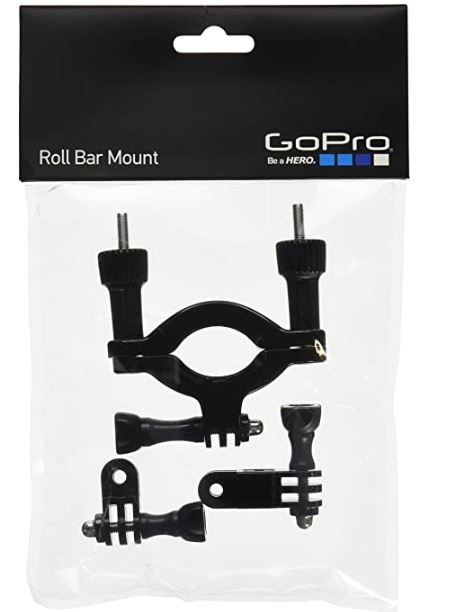 I have also seen the Mule Bracket mount for video recorders. Looks pretty cool. Double mount but with the red rubber channel on the back, it mounts fairly well to chain stays, seat stays with zip ties. Pretty cool view behind the pedals but not sure if it is worth it. How many times will I need a shot from behind the pedals. I might use it once or twice then it will sit in my tool box. 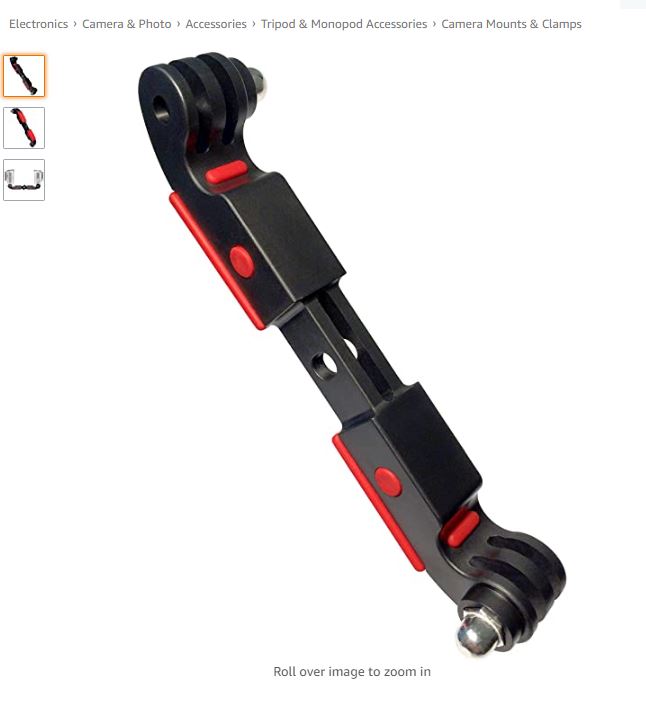 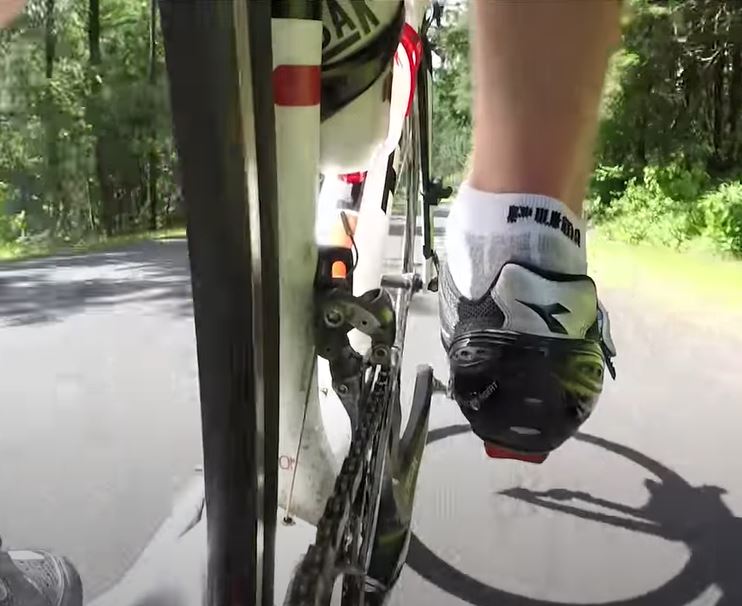 The other mount I have was a $10 special from China. Long shipment time ha ha! I got it about 8 years ago on ebay.

Pretty nifty little thing. Fold out legs that lock into place with rubber mounts. Had velcro sewn onto it but wore out, removed last night finally. Zip ties will work just fine I guess and I do have other velcro strips if needed.

Seems to mount stable on the bars, seat post, and even seat stay at the chain stay but my foot hits the camera when mounted so no good there.

Tripiod mount screw so need a go pro tripod adapter to use along with it.

Been pretty handy over the years though. 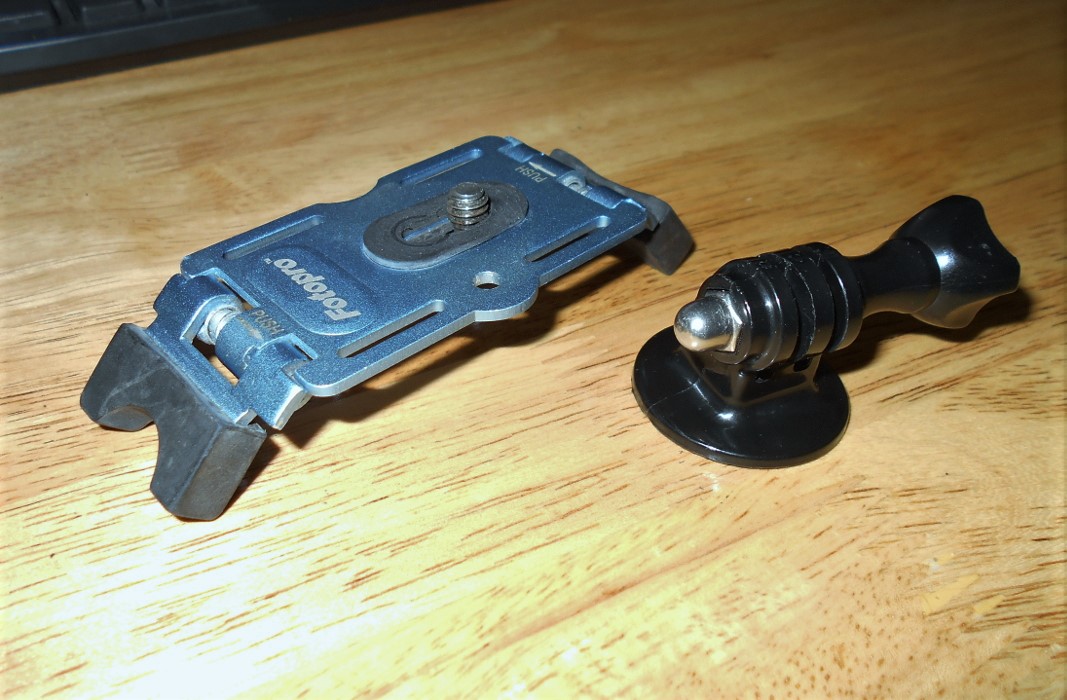 Mr. Beanz said:
I have also seen the Mule Bracket mount for video recorders. Looks pretty cool. Double mount but with the red rubber channel on the back, it mounts fairly well to chain stays, seat stays with zip ties. Pretty cool view behind the pedals but not sure if it is worth it. How many times will I need a shot from behind the pedals. I might use it once or twice then it will sit in my tool box.

OK, I am not going to buy this Mule Mount. Went to order it and found 5 reviews. 2 said it broke rather easily at the mounting section. Brittle plastic. 3 or 4 uses then it was toast. One guy had it replaced 2 times and still continued to break. Waste of money imo. I'll pass.
You must log in or register to reply here.

Video shows man inside a house under construction, minutes before georgia shooting.

When you don't want to ride in the rain! (video)

Is this a good video on how to install a shift lever?

Yes, wheels involved with my video

How about a mr. beanz and brother music video ?