What is the longest ride you've ever done?


You are using an out of date browser. It may not display this or other websites correctly.
You should upgrade or use an alternative browser.
K

I am thinking to take part into a long drive. Though I am new member and didn't take a long drive yet. But waiting few good ideas.

Kerrilacy said:
I am thinking to take part into a long drive. Though I am new member and didn't take a long drive yet. But waiting few good ideas.
Click to expand...

What's been your longest ride so far? how many days a week do you ride? How many miles do you ride each day? How old are you?

Depending on the answers for the above questions will depend on how you should go about getting there to do a long ride, the last thing you want to do is attempt a 100 mile ride if all you've done is a 40 mile ride max. There are century training programs you can do that will get you to the 100 mile mark in about 8 weeks, depending on current fitness level. Once I get those answers I can help you get to the 100 mile mark, of course the training part is on you! LOL!

See: http://www.kintera.org/htmlcontent.asp?cid=54755 The chart may have to be altered one way or another depending on your answers you give me, but doing 100 mile ride is doable for most people if they follow the chart consistently. There are a couple of ways of doing the chart when it comes to intensity, the first time you do the chart you should concentrate on just doing the miles; the second time, if you want, you can increase the intensity on certain days so that you complete the 100 miles at a much faster pace, but starting out you need base miles and not trying to see how fast you can do it.
K

Thank you for asking. I am at 30. My best journey was for 6 days and 4k miles from my house. And every 2 months I go somewhere for traveling.

Huh? please clear up your posts, both the first and the second because now it sounds like you rode 4,000 miles in 6 days which is 666 miles a day which is impossible on a bike.
Reactions: CyclingJunkies
T

The longest ride and by far my best was going along the Gold Coast, scenery was beautiful and for the 75 miles I did made the journey magical.

Novelangel said:
I'm pretty much a casual rider, not really interested in long drawn out affairs, but I have done 6 to 10 mile rides, usually along a stretch of former railroad track converted to a walking/riding trail. Sometimes I ride gravel roads, which can be fun, with all that soft sand and hard bumps. I don't prefer completely flat stretches of road or path, but where I'm from, rolling hills prevail anyway, so I get my ups and downs. I also once did 8 miles for a Cystic Fibrosis bike-athon, and I was such a rookie at the time that I actually thought I had done well. But back then I was just a kid so I guess that's not too bad. So go ahead and leave me in your dust. What's your longest ride?
Click to expand...

You are capable of training up to do a century (100 miles) but the question is - would you want to? Many people find a great deal more pleasure in just casual riding and there shouldn't be any personal pressure to do more because other people do, unless you would like to do that yourself. The most difficult part is being able to sit on the saddle that long. That is partly training and partly making sure you have the proper fitting saddle.

I'm a causal rider as well and nobody says casual riders can't do a long ride here and there. 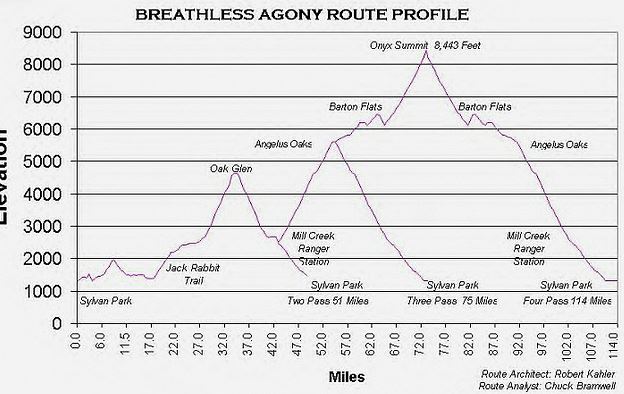 only 23 miles but ill get there ! my diet is strong and i feel strong so itll improve!

My longest ride is when I just rode around our village. I rode the bike for about 4 hours or so.

I don't know if multi day rides count but touring down the California coast from San Francisco to San Diego was pretty good. One day rides of maybe 120 miles.

Mostly just a few hours of riding through the city. I miss moments like that. That's why I go out with my bike for a ride. Relaxing and seeing people pass by. It makes for a fun casual experience. Really good for relieving anxiety.

Steve5 said:
Mostly just a few hours of riding through the city. I miss moments like that. That's why I go out with my bike for a ride. Relaxing and seeing people pass by. It makes for a fun casual experience. Really good for relieving anxiety.
Click to expand...

There are horses for courses. I had a carbon fiber fork break and drop me on my head. Severe concussion and of course most doctors haven't the slightest clue how to deal with that. So I went a year an a half before my best friend, a retired NCIS and Federal Investigator, got me to a proper doctor AGAINST THE BELIEF OF MY GP.

So I was walking and talking but really wasn't there for about a year and a half at least and another two years to become accustomed to being alive again.

Now I mostly just hear stories of my exploits while riding a max of perhaps 80-90 miles at the most. For a normal ride 35 miles or so and a long "everyday" ride of 50 miles.

Here in California illegal aliens in new cars are a little too aggressive. I grew up with some illegal alien friends back in the 50's but they had come to the US to work and improve themselves and not to commit crimes and sell drugs on the streets. In LA you can get off the underground and walk on in broad daylight and buy a custom made ID card. The police know they are there doing that and do nothing at all. When was the last time you saw a California cop do his duty? When an illegal threatened a woman (also probably an illegal) with rape, she ran down the street knocking on doors and no one would do anything for her. I let her in and when she couldn't contact her boyfriend I called the cops. They came over and rousted ME! I ended up laying face down on wet grass with handcuffs on. What did they do to the illegal that had threatened the woman with rape? They didn't even talk to him. Since I had recovered from my concussion in 2012 I have never even once seen a CHP pull someone over for speeding or dangerous driving. I was pulled over because I was acting in a suspicious manner - I was driving the speed limit. My license tab was out of date so I got what ended up a $150 ticket because I had made the mistake of having my car tested at the wrong kind of smog station. The DMV didn't bother to send me a note about that.

So, I tend to ride far out in the country when I can. Yesterday a woman I ride with was hit from the rear so hard it knocked her rear wheel out from the drop-outs and he received a concussion. Hopefully not with the same results as mine. They were out in the country and it was a pickup truck that hit her. She is an extremely careful rider so it sure as hell wasn't her fault.

When I tell people that you cannot allow anyone to break any laws I get the horse laugh. But the sort of wrecks we are getting more and more of show that speed limits and driving laws simply don't make any sense in California anymore.
J

The longest ride I did so far is around 50-55 kms. It was fun because I get to meet different people in different places. Unlike when I drive using my car, I don't really interact with the people. I am hoping to do longer rides than that in the future.

I can't spend my time for entire of the day biking but I think the longest ride I had is that when I was a kid, riding with my friends around our village. we were just having a good time back then, we have no certain place to go. Fortunately we did not get lost.
Now that I am already an adult I usually do biking during my leisure time. The longest ride that I can have is at least 10 hours a week.

My longest ride ever is around 80 miles and I was with a group of friends. Didn't really expect to ride it out but having companions really pushed my limits.

UK and Europe Jul 8, 2004
Jeremy Collins
J
A
What was your longest ride?

Your longest ride (in KM and Miles)

How long should your longest weekly ride be?

My longest ride, how are my stats?