LOS ANGELES (Reuters) - The actor who played muscular "Mr. Clean" in hundreds of dirt-busting television commercials in the late 1950s and early 1960s, has died in Los Angeles at the age of 92, his family said.
House Peters Jr.'s bald-head, hoop earring and brawny arms was the original public face of Proctor & Gamble's household cleaners with the jingle "Mr. Clean, Mr. Clean." He died of pneumonia on Wednesday, his family said.

Born into an acting family, House Peters Jr. started his career in silent movies and later made a name for himself with character parts, often as the muscled villain, in dozens of TV and movie westerns including "Wagon Train", "Gunsmoke" and "The Lone Ranger."

He won a Golden Boot award in 2000 for his lifetime contribution to the western genre.

Peters Jr. retired from acting in the late 1960s after filming his last episode of "Lassie" on television, in which he had a recurring role as Sheriff Jim Billings. 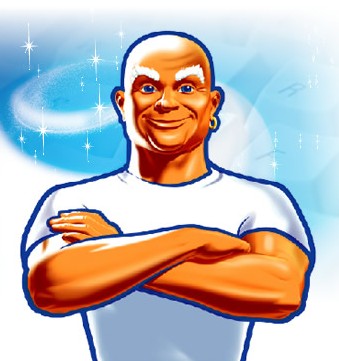 Was it Jeff Skilling or Bernie Ebbers?

kkhgg
You must log in or register to reply here.